Anne-Marie Fink, who oversees investments with external managers at the ‎State of Wisconsin Investment Board (SWIB), says her three-decade career has followed a consistent path. “The arc of my career has been to establish a foundation of knowledge and then build on it to become ever broader. I started by working at individual companies before business school, and then my first finance job was analyzing equities within specific sectors. From there, I went on to manage funds and then entire portfolios. That progression has served me very well because I understand the building blocks that you need to construct a portfolio.”

The PMFA investments, and particularly the hedge fund allocation, are part of the innovative approach to pension management pioneered by David Villa, the SWIB executive director and chief investment officer who passed away in February. Fink says, “We’re guided by what David Villa established here and certainly want to build on that legacy.” 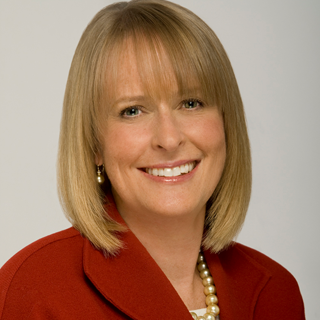 Fink explains, “Essentially, we separate our alpha and our beta. In our hedge fund program, we select funds that have low to no beta – no directional market exposure – and then we access the beta piece of it separately, mostly through internal management or passive allocations. In that way, we pay for the alpha or the outperformance without having to pay hedge fund fees for basic market or beta exposure. And, because we’re pairing those two, we can flex our alpha piece while maintaining the beta piece of it.”

Fink, who took up her SWIB position in January 2020, just before the COVID lockdown, says several tweaks are on the horizon. “We’re looking to bring more assets in-house, so our third-party, long-only allocation will probably shrink over time.” The external long-only sleeve “is designed to be a complement to our internal efforts,” she explains, so it’s been used for more niche asset classes, like emerging market bonds. Meanwhile, other portions of the portfolio are expected to grow. In December, the board approved an increase in the private equity allocation from 9% to 11% of SWIB’s primary trust fund. As for other changes, she says:

In choosing managers, Fink says, “To me, the most important criteria are whether the manager understands where their returns come from. I’ve seen folks who overestimate where their returns come from. They attribute performance to security selection, but when you analyze what they’ve done historically, it turns out that a particular sector bias had a bigger impact. Riding a particular sector tailwind makes sense, as long as a manager is aware of that bias so they know when to get out.”

She’s got a lot on her plate as SWIB’s Private Markets & Funds Alpha-CIO, but she says, “It’s still less than what many CIOs have to do.” She should know – she was a CIO, at the $9 billion Employees Retirement System of Rhode Island. But while there were less than a half dozen staff members there, now, she says, “I have a team of about 25 investment professionals and another 11 operations professionals. I can cover the waterfront, but only because I’m relying on them as specialists,” she says.

Fink is a big believer in diversification. “Just as you want diversification in your portfolio, you want a variety of people with differences in how they look at investments and different life experiences that drive their perspective on the world,” Fink says. She adds, “I certainly think having more women, and more diversity in general and in life experiences, results in richer and more thoughtful ways of identifying and vetting opportunities.”

Fink adds, “For example one of our venture (capital) funds was founded by a woman. It’s interesting how that fund finds different opportunities than others see. I think that life experience tends to inform that, and likewise, somebody who grew up in a different country maybe has a better understanding of that culture and therefore that market. In our hedge funds, we have one manager who lives in Singapore and one who lives in Hong Kong, and I think that gives them a different perspective on geopolitics. That diversification of experience is very important for our portfolio.”

Fink is her own case study regarding diversity of experience. She was born in Santa Monica, California, and grew up in Brookfield, Connecticut. She went on to Yale, and then worked in a variety of small businesses in New York. But “after about five years, I was ready for the next thing. I had applied to business school and gotten in, and actually was at a cocktail party that summer before starting business school and met somebody who was an equity analyst. I just thought it was the most interesting job ever, so by the time I got to business school, that was what I wanted to do.” Armed with an MBA from Columbia, she got a job at JPMorgan as an analyst and would spend 11 years there, covering everything from small cap stocks to large cap transportation and media companies.

Then, she took a year off to write a book. “It was kind of a random thing,” she explains. “I think investors have a lot of insights into running companies. They spend all of their day thinking about which companies are going to outperform and which aren’t and why. And I thought, ‘Somebody must have written a book on how investors want businesses to be run,’ and I couldn’t find it. So, I wrote up a short explanation of the concept and sent it to a couple friends of friends who were literary agents. One said, ‘Let’s do this,’ and the next thing I know, I agreed to write a book.” The book, published in early 2009, was The Money Makers: How Extraordinary Managers Win in a World Turned Upside Down. (It’s available on Amazon.) “It was a great experience, but not a particularly lucrative one,” she says, adding, “I hope one day to write a sequel on the SWIB way of investing and how extraordinary that is.”

In 2008, she went back to JPMorgan. This time, however, “I went into the private bank, managing a portfolio of hedge funds.” In November 2012, she became CIO of the Employees’ Retirement System of Rhode Island. That job “was fabulous for a couple reasons. One thing that was wonderful was it was the first opportunity to go to the next level and think about asset allocation, and how you put all the external fund pieces together. And the other thing was I worked for Gina Raimondo. I’ve worked for some great women, and I’d put her as one of the best.” Raimondo is currently serving as Secretary of Commerce in the Joe Biden administration.

The Rhode Island fund was decidedly challenging. The $9 billion fund was only 60% funded, and it was paying out about 6% of assets each year, so it needed substantial liquidity, as well as powerful downside protection, plus substantial upside potential to meet it’s 7.25% target return. And its staff was small.

After four years there, she went on to State Street Global Advisors as a portfolio strategist in the alternatives program for two years, and then off to Wisconsin.

Although she had spent most of her life before 2019 in the Northeast, she’s adapting to the Midwest. “I have come to love cheese curds, and I’m learning about the Green Bay Packers,” she said. She lives with her husband, a graphic designer, and they have two college-aged children.

Her personal life has been scrambled by the pandemic, particularly because “My favorite thing to do is to travel, which clearly hasn’t worked out.” She has fond memories when three years after college and two years before business school, “I took a full year off and bought around-the-world airplane tickets.” These days, however, she sits still and reads. She has wide-ranging interests, but recently she been reading “Crossing to Safety.” It’s by Wallace Stegner, a Pulitzer Prize-winning novelist. In the story, the protagonist settles into a job and a new home in Madison, Wisconsin.