Creating a framework to target, manage and measure the social and environmental impact of our investments Aaron Pinnock, Impact Investment Analyst at Church Commissioners for England shares his white paper where he deconstructs investment impact in terms of its primary activity; the…

Alston: “When you look at our asset allocation, I would say it’s on a journey”

The eyes of Texas – or at least the Texas financial community – were on Cheryl Alston, Executive Director and CIO of the Dallas Employees Retirement Fund (ERF) in August after a Dallas Morning News story ranked the 10-year returns of the 99 public funds in Texas. The analysis showed that the $3.5 billion Dallas ERF was one of the three and only fund to beat the Vanguard Balanced Index Fund (which is a 60/40 stock and bond index fund) over the past 10 years. Meanwhile, the three other Dallas Funds were among the bottom six, all well under the index fund.

Alston, a Connecticut Yankee who moved to Texas in 2004, has quietly transformed the $3.5 billion Dallas ERF since she took over as CIO 16 years ago. And she’s also carved out a role for herself as a significant – and rare African-American – member of the Dallas Establishment. 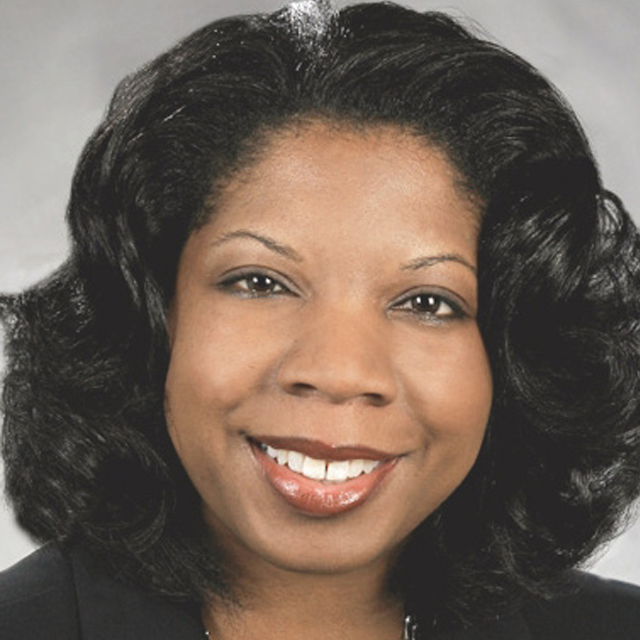 For a while the Dallas Police and Fire Pension fund got all the publicity with its splashy investments – several of which tanked spectacularly – but Alston’s ERF has turned in top quartile returns by pursuing a quietly innovative approach. “When you look at our asset allocation, I would say it’s on a journey,” Alston says. “I lived through 2008,” when the ERF essentially had “a straight 60/40 portfolio,” she says, adding, “One of the things we focused on was diversifying into real assets and private equity.” She notes, “the biggest change” on her watch “has been the increase in the use of alternatives. We went into private equity in 2009 – we were buying in the secondaries market – so now we have a pretty solid private equity portfolio.”

The entire portfolio is managed externally – and actively. “We believe in active management,” she says: “It’s a conversation we have with our board a lot. There are several managers that have performed pretty well during this time, so we definitely believe in active versus passive.” Beyond that she’s not in any style camp. Thus, she says, “Normally we try to keep it even between growth and value,” but given the underperformance of value for a dozen years, “we’ve been tilting toward growth.” As for other strategies, she says, “Smart beta is very interesting. We looked at that very hard as well as risk parity. But we have not gone down that road. We have a 7.25% actuarial return objective, and historically we have achieved that over a 10-year time period by balanced, pragmatic investing.”

In response to the pandemic market, Alston says, “In February, we had taken out enough cash, so it gave us a lot of flexibility to buy within this market, so that’s really helped us in rebalancing.” She adds, “I think the market’s bounced back wonderfully, but I don’t think we’ll be out of the woods for quite some time. I think it’s going to be a long road to building economy stability.”

Going forward, Alston says, “We have been increasing our allocation to infrastructure and value-added real estate. We’re moving away from office and retail and moving toward industrial. One of the major things that we’re going to launch after COVID-19 is taking a look at various market segments: Do we want to take risk off the table and if so, how much?

Alston’s purview extends well beyond worrying about the next quarter. She says, “We are very big into what we call our next generation managers. We really want to make sure we focus on smaller, diverse, high-performing firms that have made it through the market cycle, so we started a next generation emerging manager program, and that’s 10% to 15% of our portfolio. Having diverse managers is something that’s important to us.”

Alston is pleased that other institutions are also seeking the same kind of small, innovative, and diverse managers. “We collaborate; we are very supportive of each other.” She adds, “I was with another public fund, and they were like, ‘Well, you only have $4 billion, and we’re $80 billion. I don’t think it’s feasible.’” She immediately offered to explain how it can be done: “New York City, New York State, California – we’re all developing programs, and we all work together,” she says.

Alston, who was born and raised in Stratford, Connecticut, says, “I always knew that I wanted to have a career in business.” She went to the University of Pennsylvania’s Wharton School, and then joined the investment bank at Chase while earning an Executive MBA from New York University. After 10 years at Chase, she moved to CIGNA Retirement & Investment Services. “And then I met my husband, and he wanted to move to Texas.” He thought it’s a good place to raise a family.” Her husband, Dr. Roy Alston, a West Point graduate and Army veteran, would become a Vice President at CHRISTUS Health as well as an author and speaker on leadership.

Texas was all new to Alston: “I had been living in Brooklyn, and I loved New York. We joked that I only knew two people who lived in Dallas.” She joined the Dallas Assembly, a leadership organization in Dallas: “I was the second African-American President of the organization,” she recalls. She met several Dallas ERF trustees, “and they told me, ‘I thought you’d make a great Executive Director and Chief Investment Officer.’ The board took a leap of faith on a 38-year-old woman without public funds experience, and Alston says, and since then, “I am so happy that they have always been extremely supportive of me.”

Alston says, “When I came into this role, I found I love managing portfolios and learning about all asset classes. But I also do retiree meetings as well as investment meetings. I love the variety of what we’re doing.”

It’s not all she does. She’s got two daughters – one’s a teenager and one’s a decade older. She enjoys working out and reading, but more importantly, she says, “I do a lot of charity work.” She can rattle off a list of organizations, and adds, “Volunteering is something I really enjoy doing.”

Alston explains, “My focus is more on social equity, so, for example, I am a founding member of an organization called The Village Giving Circle that raises money for nonprofits to give people equal opportunities to advance their lives. That involves supporting smaller organizations.” She adds, “The Dallas Opera doesn’t need my help. The ones who need our help are some of the smaller groups that have a philanthropic vision.”

Even without the opera, Alston seems to have become a card-carrying member of the Dallas establishment. She’s on the board of the Dallas Texas Women’s Foundation and Texas Wall Street Women. President Barack Obama appointed her to two terms on the Advisory Committee of the Pension Benefit Guaranty Corporation Advisory Committee, and she’s on the boards of several companies, CHRISTUS Health, an international, faith-based healthcare system.

Alston believes in working closely with those in power. “When I first started, I spent a lot of time with our members but also a lot of time with elected officials and talking with the leadership in the city.” As a result, she says, “They really trust that we’re being managed well, and I told them that if there are any surprises, ‘I’ll be the first one to tell you first.’”

Despite her cheerful demeanor, Alston has firm views as to what she wants. She attributes that to two strong investment personalities who made a big impression on her. Alston says, “When I started, my first consultant was Roz Hewsenian (then with Wilshire Associates, now CIO of the Helmsley Charitable Trust). Roz showed me the ropes and taught me how to evaluate managers. She said, ‘You have to be contrarian in the way that you think. You need to make decisions that are different.’”

She got similar advice from Howard Marks, co-chair of Oaktree Capital Management, who told her, “‘When people run out of the room, you should run into the room and see if there’s anything of value to buy. You don’t have to buy every flavor of the month, but you have to think about the opportunities.’ So, my style is more contrarian.” For example, she says one of her best investment decisions came in February 2009, a difficult moment in the markets, when she proposed to rebalance equities and then get deeper into private equity and real estate. “It took a lot of convincing of the board, but we did it, and it worked,” she says.

Of course, she’s not always right. She recalls that a trusted advisor said, “‘Reduce your oil and gas MLPs.’ My allocation was 10%, and our return was up 30%. We gradually reduced it over time,” but oil prices fell even faster. “The market humbles you. I called him up and said, ‘I should have listened to your advice and taken money off the table.’ You have to listen to smart people.”

Cheryl Alston is a member of II Network. To discuss the content of this article and further engage with her comment below or Sign up today.