Building Trust with Authenticity Erika Tikka, the Head of External Fixed Income at Keva is a study in self-exploration, and some geographic exploration as well. A Finnish native, she crossed the pond several times in pursuit of what she saw as an authentic life for herself: She left…

The Patience of Saints?

In an exclusive partnership Institutional Investor Allocator Intel has worked with 2 leading academics and one of Europe's most sophisticated asset owner fund selectors to cast light onto the impact of fund holding periods on portfolios. To implement strategic asset allocations, it is essential that the hiring (and firing) of asset managers minimize frictions and costs. There is some broad-based academic evidence on the pre- and post-selection returns, but there is no evidence on the true holding periods of allocators. Most practitioners seem to suggest 3 years, but is this purely arbitrary? Where is the evidence? Allocator Intel has collected over 200 unique allocator responses globally to examine the true nature of the allocator/manager relationship.

Hiring and Firing: Gauging the Level of Tolerance 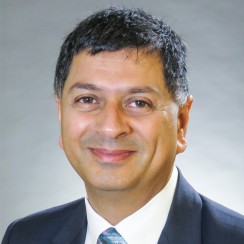 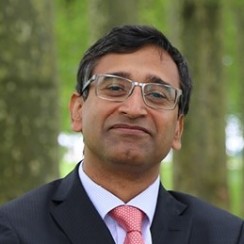 Professor of Finance
University of Lausanne and Swiss Finance Institute

Ramon Tol is Senior Fund Manager Equities at Blue Sky Group (which manages the pension assets of KLM). His main responsibilities are the selection and monitoring of the external equity managers as well as implementing and evaluating transitions. He joined Blue Sky Group in February 2000 as Quantitative Analyst in the Analysis Group, were he was responsible for setting up and implementing the manager monitoring and selection process at Blue Sky Group. Ramon speaks quite frequently on international conferences regarding manager selection, monitoring and transition management. He is co-author of two articles published in the Journal of Porfolio Management (spring 2009 and 2011 edition) on the performance of 130-30 strategies. Ramon holds a Masters Degree in Economics with a specialisation in International Financial Economics and Investment Theory.

Dr. Sunil Wahal is the Jack D. Furst Professor of Finance and Director of the Center for Investment Engineering at the W.P. Carey School of Business, Arizona State University. Before joining the ASU faculty in 2005, Dr. Wahal was on the faculty at Emory University and Purdue University. Dr Wahal’s research focuses on short and long-horizon investment strategies (momentum, profitability, and others), trading issues (trading algorithm design, trading costs, and high frequency trading), and delegated portfolio management and asset allocation for large institutional investors. His work covers public equities, fixed income, and private equity. He has published extensively in the Journal of Finance, the Journal of Financial Economics, the Review of Financial Studies and numerous other journals. He is a consultant to Avantis Investors. Prior to that he was a consultant to Dimensional Fund Advisors (2005-2019), and AJO Partners. He sits on a number of investment committees for several RIAs. He is a regular speaker at academic and practitioner conferences and has given numerous presentations to sovereign wealth funds, endowments, foundations, family offices, DB plans, DC plans, and registered investment advisors.

Professor Goyal is the director of the department of Finance and Swiss Finance Institute Professor of finance at the University of Lausanne. Formerly on the faculty of the Goizueta Business School at Emory University (USA), he holds a Ph.D. in Finance from UCLA (USA). Prof. Goyal's main research interests are in empirical asset pricing, portfolio optimization, and pension funds. His current research focuses on asset allocation and international asset pricing. Prof. Goyal is a regular speaker at leading finance conferences worldwide, and his research papers have been published in the top academic journals in finance including the Journal of Finance, the Journal of Financial Economics, and the Review of Financial Studies.

In a universe of over 200 unique Institutional Investor responses from North America, Europe, and the rest of the world, 11 different types of institutions which divided into four groups: endowments and foundations; financial institutions and insurance companies; private sector funds, including corporate and multi-employer retirement funds, as well as healthcare funds and family office; and public sector funds, including public employee retirement funds, central bank reserves, and sovereign wealth funds. Among key findings:

Patience is (not) a virtue

Altogether, the largest group of investor respondents evaluated their asset managers quarterly (more than 40%), followed by monthly evaluation (more than 20%) and semi-annually (more than 10%). When asked how long they would tolerate underperformance, 40% or more said more than five years when it came to equities, among all four types of institution. When it came to fixed income, more than 60% among three of the groups (endowments and foundations, private funds, and public funds) would tolerate underperformance in equities.

When investors evaluated asset managers for hiring, fees were the least important consideration. Each reason to hire was assigned an average of the rank in that group: For example, in equity, endowments and foundations’ average rank for “Competitive Edge” was 2.93, followed by “Investment Strategy,” whose average rank was 2.66; on the bottom end, the average rank for “Fees” was 1.40, a view that was reflected across all breakdowns. “They’re either the last thing or at most second-to-last thing,” Wahal said. “You see it in equity and fixed income. You see it across different regions. You see it in large, medium, and small.”

Wahal said the survey doesn’t measure institutions’ success or failure of their decision-making, after having fired an asset manager for many reasons: “The obvious one is that you could get front-running of the transition itself,” he said, “but also you don’t want to terminate the manager and then two years later observe that the performance was spectacular after termination.” Looking at the responses in totality, he said, “When I think about hiring and firing managers, all of this speaks to process, and process generates outcomes, so how do people who are really good at this manage the process, and can the rest of the world learn from that?” 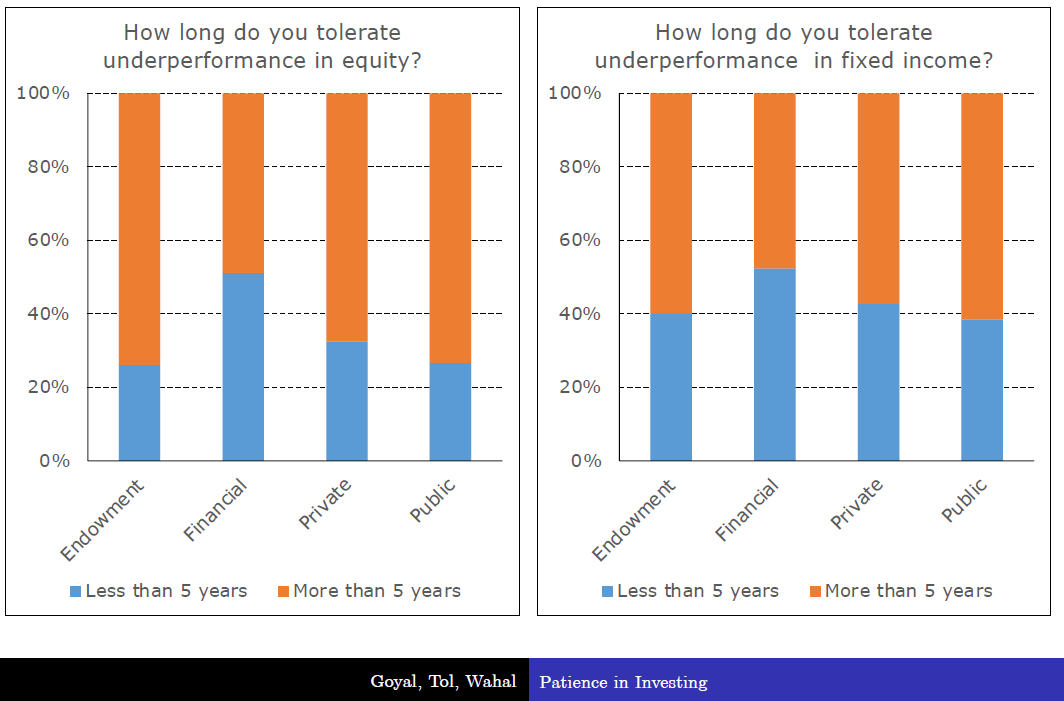 To access the preliminary report or be kept up to date on the full findings due to be released in early 2022, Contact Us Here.