In Memory of David Villa

David Villa, the executive director and chief investment officer of the $120 billion State of Wisconsin Investment Board (SWIB), who passed away last weekend, described running a public employees retirement system as “missionary work.” He will be remembered as a crusading and…

Just look out the window

You may not need a weatherman to know which way the wind is blowing, but one may prove helpful in understanding which way the markets are going. For OPTrust, the Ontario Public Service Employees Union pension fund, having a weatherman has helped them successfully navigate the ebb and flow of the markets. James Davis, the CIO of the CAD $22 billion pension fund, is a weather forecaster turned economist and portfolio manager who’s shaped OPTrust into a Canadian investment leader with his mantra of “Member Driven Investing (MDI).”

He explains that “MDI places our members’ interests at the center of all decision-making. We are a fully funded pension plan, and our main goal is to make sure we remain fully funded.” OPTrust’s long term actuarial return target is 5.2%, and Davis says, “We could strive to earn a higher return, but in doing so, should we experience losses, our members could end up facing a decrease in benefits or an increase in contribution rates, and that would violate our objective of providing pension stability and sustainability for our members.” 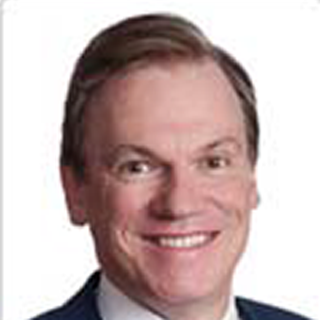 Davis has translated MDI into a drama-free asset allocation dominated by two major portfolios, the ‘Liability Hedging Portfolio,’ consisting primarily of government and provincial bonds, account for 35% to 40% of AUM. Meanwhile, the ‘Return Seeking Portfolio’ includes target allocations of 15% to private equity and a miniscule 10% to public equities. “I think it’s getting harder and harder to add value in public market investing,” Davis says. The Return Seeking Portfolio also includes a 15% allocation to real estate, split about 30/70 between commingled funds and direct investments or co-investing – and 15% for infrastructure. Besides the two main portfolios, he says, “We have a liquid alternatives portfolio, which is in the more traditional hedge fund space, and there, our allocation is between 8% and 10%.”

There’s also a “Risk Mitigation Portfolio’, which invests in everything from gold and real return bonds to CTA trend following strategies. This portfolio, which relies on systematic and dynamic approaches, “has been instrumental in helping us operate with a very low level of volatility this year and come through the COVID crisis with a minimal drawdown,” he says. In fact, the Risk Mitigation Portfolio was up more than 30% over the first three quarters of 2020.

This is a vastly different portfolio than the one Davis inherited when he became CIO in September 2015. “When I joined from Ontario Teachers, the first thing I was asked to do was to bring in a new investment strategy, and that’s when MDI was conceived.” He recalls, “Our risk allocation was more than 80% equity-related risk, so it was really important to me and to MDI to bring that allocation down. We believe most pensions are overexposed to equity risk factors, and we have deliberately constructed our portfolio through a risk allocation process, as opposed to an asset allocation process, to achieve better diversification.”

The second thing Davis did was to bring a significant portion of asset management and trading in-house. Now about 70% of AUM is managed internally, including bonds, currency, derivatives, and some passive equities. “It’s not about cost saving so much as it’s about increasing agility and managing risk,” he says. “MDI is a Total Portfolio Approach, with LDI characteristics, most investors think mainly about returns, but we think there’s a lot of value in actually focusing on risk.”

Davis says, “Academics typically think about risk in terms of volatility or Value at Risk, but we don’t think that tells the whole story. In investing you’re constantly making decisions under uncertainty. So, we’ve begun work on modelling uncertainty using a machine learning framework and marrying it with traditional risk management techniques.”

Davis adds, “I think it’s really important as investors that we are not so focused on return, return, return. What we need to be focused on is our mission: What is the outcome that we really want?”  He adds, “We need to be mission-driven, and what makes me happy about OPTrust is that we have a very clear objective, which is to maintain the fully funded status of our plan and to keep it sustainable into the future.” He adds, “I think that sometimes gets lost in our industry, where the focus is often on, ‘What was your return?’ and ‘How did you do compared to the fund across the street or that manager down the road?’ What really matters is, are we meeting the objectives that we set for ourselves and that are aligned with our members’ interest.”

ESG issues are part of those objectives. “When we think about MDI, we also understand our members want to retire into a better world,” he says, “So, it’s not just the sustainability of the plan that we think about, but also the sustainability of the world we all live in, and that goes to investing responsibly and taking into consideration all factors including ESG-related factors. That’s something that’s very important for us.” He adds, “We want our deal teams to understand all of the risks in the investments that we make,” and that includes ESG risks. Davis says, “We created a team this year called Sustainable Investing and Innovation (SII) to identify investment opportunities at the intersection of sustainability and innovation. That team is also helping our other investment teams get better at integrating responsible investing principles in their own portfolios.”

Davis, who grew up on Cape Breton Island in Nova Scotia, says “When I went to university, I was always interested in science, and I studied engineering and mathematics. I decided I didn’t want to be an engineer, but I had an interest in physics and in weather forecasting.” After pursuing graduate studies in these areas, he got hired by Environment Canada as a meteorologist. “I have since learned there are many similarities with weather forecasting and investing in the markets. You think about forecasting markets and how accurate or inaccurate those forecasts can be, and the same thing was true when I was a weather forecaster.”

Davis joined Royal Bank of Canada just a few weeks ahead of the October 1987 stock market crash – “Not the best timing, but a wonderful opportunity to learn the role emotion plays in investing”, he says – and spent nine years working in risk, corporate treasury, fixed income and currency management.  He went to the Ontario Teachers’ Pension Plan in 2006 and stayed almost ten years, serving as head of strategy and asset mix and chief economist, before joining OPTrust as CIO in 2015.

While trying to understand and unravel the mysteries of markets is Davis’ first love, he is also passionate about art. “I have no talent for drawing or painting, but I do like to go to art exhibits and galleries and meet new artists. I never fully appreciated art until I got older, and I now realize there’s a creative part of me that doesn’t get exercised enough, and so while I can be creative in some of the things that we do in terms of deals or models or whatever at work, it’s not enough.

Davis says, “I find art is anything that evokes emotion, and so to me when I look at a drawing or painting, especially when there is a lot of color and texture, I find it can be inspirational and uplifting.” His focus is on modern art. “I really do appreciate the modern masters, like Dali or Kostabi, but I like many of the new artists, like David Le Batard, Marcus Glenn and my Canadian favorite, Erin Loree,” he says.

He’s also a fan of science fiction movies and action thrillers: “I like anything that kind of takes you away.” Thus, when asked who inspires him in terms of leadership skills, Davis immediately lists Jean-Luc Picard from “Star Trek: The Next Generation.”

Davis is attuned to what he sees as the next generation of ideas about investing, which he believes will involve a paradigm shift. For example, he says, “I think we need to pay attention to Modern Monetary Theory. You should understand it whether you believe in it or not. That genie is out of the bottle, and it’s likely to have a profound impact on how we invest.”

He also believes financial technology is going to change the nature of markets, “so we need to be adaptive, and we need to be able to move much more quickly. And that’s been a big part of what we’ve been trying to build out at OPTrust in order to deliver the sustainability that our members want.”

As he ponders the vicissitude of markets, Davis says he often thinks about his days on the forecasting desk at the Atlantic Weather Center in Halifax. On one weekend, he recalls, “The phone rang, and the head of the forecast desk picks it up, and all I could hear from across the room was screaming through the phone – someone complaining that he had people flying in for this big outdoor celebration, and we had gotten our forecast wrong.” While the forecaster insisted that he had followed all the charts and models, the complainer asked, “Why don’t you just look out the ‘bleeping’ window!?”  Amid all the sizable cathode ray tubes and primitive computer equipment that filled the office in those days, Davis said, the windows had been covered over to make it easier to see the screens. Davis adds, “The lesson to me, which I can now relate to investing is we always have to look at what the markets are actually doing. We can’t assume markets will behave in the way that we model or expect them to behave. So, I’m very evidence-based and data-driven in my decision-making –  that comes from my scientific background – but I always try to look out the window.”

James Davis is a member of II Network. To discuss the content of this article and further engage with him, comment below or Sign up today.