Deploying a complex set of strategies It shouldn’t be surprising that Ela Karahasanoglu, the Director of Total Fund Management, at BCI (British Columbia Investment Management Corporation) likes to work on 5,000-piece jigsaw puzzles. After all, she’s used to complexity. She’s lived…

A Firm Believer In Active Management  The C-suite world keeps expanding as organizations find more and more tasks to precede with the label of “chief,” but the investment world doesn’t have a lot of Chief Strategy Officers – except for Eric Nierenberg of MassPRIM. That might not be a…

Mario Therrien says he works “at the fringe” of CDPQ (the Caisse de dépôt et placement du Québec), the Montreal based long-term institutional investor that manages funds primarily for public and parapublic pension and insurance plans, where he is Head of Investment Funds and External Management.

CDPQ, which was created in 1965 and held CAD 333.0 billion in net assets (as at June 30, 2020), is a leading example of the “Canadian model” of institutional investing. The vast majority of CDPQ’s investments are made directly in markets, while the rest is done using external fund managers. Therrien coordinates those external relationships: His sleeve oversees some C$45 billion in assets and a network of 140 general partners. Although he’s “always building at the fringe,” that’s a part of the portfolio that brings access to new markets and strategies. 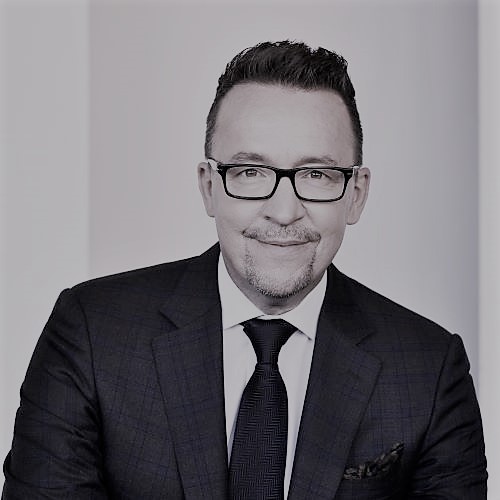 CDPQ always has an eye out for the new. “We invest in all asset classes from private to public. We’ve been investing in most of the large markets, both developed and emerging, and we have made a solid push in illiquid investments in infrastructure, private equity, real estate, capital solutions,” he says. At this point, he explains, “Close to one third (of AUM) is in public market equities, and then we have investments in private markets, and after that, we have everything that’s in fixed income. Fixed income is a blend of private credit, private debt and sovereign debt. And then there’s real estate, which is a balance of the asset allocation. There’s infrastructure as well – it’s an interesting asset class for a long-term investor like CDPQ.”

The asset allocation is on a journey, he says. “In both private and public markets, we have changed the focus of our portfolio from Canada to the entire world including emerging markets. And if you were to take a picture of our portfolio 10 years ago, we had a bigger weight in Canadian public stocks – we’ve really increased our diversification there, and we’ve been increasing private markets over the years.”

Therrien’s fringe plays several important roles. While in-house management may be cost-effective for big, relatively straightforward asset classes, to get the icing on the cake, it’s useful to go to outside specialists. For example, Therrien says. “Our view has been that smaller, niche markets might be less efficient than well-covered markets. We’ve done more at first in emerging markets through external funds. We did not have the capacity and the resources back then to pick and select stocks in China, India, and Brazil: These markets were less covered by analysts.” So, external managers provided a way in to capture alpha.

Besides offering expertise in various markets, external managers can deploy specialized techniques. For example, as CDPQ has focused more on capturing risk premia, he says, “Our first approach was to better understand them and see how we can use them in our analysis of our portfolio, and our partners allow us to get up to speed faster.”

Similarly, he says, “We do portable alpha, and for that we use hedge funds. Hedge funds are not an asset class; they’re an active strategy that you can port on the total portfolio. The way we select some fund managers and their strategies, we can port them on an asset class, with a marginal increase of the risk.”

External managers also serve as a sounding board. Therrien says, “We have conference calls with CIOs discussing the current environment, and what are the things at the margins that might be profitable. Whenever there’s volatility or market turmoil, there’s always a group of solid managers you can rely on to help guide yourself in this environment.”

For all of this good stuff to happen, of course, “You need to find the right managers.” Therrien says CDPQ is not necessarily always looking for pioneers and innovators, he says. “Oftentimes, good results are more about being able to capture opportunities than being creative.” He adds, “Another aspect of being successful is for an active manager to really share our time horizon: One of the advantages we have is being a long-term investor. And most of our managers are long-term managers, so I think that has been giving us a bit of an edge.”

Some institutions have rules of thumb – never hire a manager if there’s a Ferrari in is parking lot, or he or she is getting divorced or buying a baseball team. But Therrien eschews any such shorthand and relies on CDPQ shoe leather in picking managers. “We hit the road to find the best managers that can help us think through markets.” Therrien says, “The way our process works is we try to accumulate a series of facts and bringing these facts to life over time.”

In order to optimize the manager selection process, he says, “what we’ve done recently is we reunited all of the teams that were working on external funds from different asset classes. Moreover, he adds, “By bringing under one roof the oversight of external fund managers, we really see the benefits of being one team dedicated to manager selection and performance analysis. We’re able to have a more holistic view and exploit investment themes more effectively.” He adds, “I would stress being associated with the right partners has been of tremendous value. So, we spend a lot of time thinking about, “Who do we team up within the ecosystem we’re going into?”

CDPQ is likely to tap some additional managers as it looks to its future directions. For example, he says, “One area where we’re doing a lot of work is capital solutions. There’s a lot of opportunities there. It’s not private equity; it’s not fixed income; it’s an hybrid.” Meanwhile, “In public markets we’re looking at opportunities in tech, and healthcare has been an area where we’ve done surveillance of who’s doing what.” Many of these initiatives will be done in house, but he suggests some will rely, with the right conditions, on outside specialized managers.

Therrien grew up in Richmond and Sherbrooke, both in Quebec. He recalls, “One of my first summer jobs when I was 16 was at a local pulp and paper company. This was a public company, so my father started explaining to me that I could buy a portion of that company, and I really got interested from the get-go. I was receiving financial statements every year, and my interest just grew.”

After earning a BA and MSc in finance and economics from the University of Sherbrooke, in 1992, he says, “I went straight to CDPQ.” Actually, one of his professors wanted him to take an internship there to work on a derivatives project. As Therrien recalls, the professor told Therrien to call him, so “I went to a phone booth – in those days there were phone booths – and he said, ‘Come in tomorrow.’ I had no dress shirts, no suits, no tie. So, I called my mother, and we bought a shirt, a green suit, and a green tie. While it’s not clear whether it’s ‘because of’ or ‘in spite of’ this sea of green outfit, he says, CDPQ “hired me for four months to do a research on derivative pricing models, and after that, they offered me an intern job for a year to continue what I’d started, and then I became an analyst.”

He’s been full-time since 1993, so it seems to have worked out. Meanwhile, Therrien got married in 2010 and had a son a year later. The family “has a house and a place in the country. It’s a good life; a balanced life.” Part of that balance includes fly fishing. “I love it. We have some very nice rivers here.” He’s also an avid bike rider and reader: “I read biographies; I read a lot of leadership books; I like the history of finance. I would like to design a course around the history of finance. There’s so much one can learn from history. That’s why for him, Lords of Finance, Liaquat Ahamed’s chronicle of events leading up to the Great Depression, is “a great book.” An intense reader, he says, “My books are full of notes and highlighted passages.”

In addition to his duties at CDPQ, he has been an active member of the Standard Board for Alternative Investments (SBAI), which used to be the Hedge Fund Standards Board,” and in 2020, he became its chairman. He explains, “I think the Board is really important. It’s making our ecosystem a better place to invest in and making standards for the things we espouse as investors. Being able to contribute a lot more to how we craft and design our industry is not something I can let go of. It’s kind of a neutral bond that brings together the best standards of investing.”

Mario Therrien is a member of II Network. To discuss the content of this article and further engage with him, comment below or Sign up today.