Raising the Bar Institutional Investor at the Diversity, Equity and Inclusion Roundtable in Chicago recognized 12 industry leaders for their work, commitment, and leadership to diversity. Here are some excerpts from our conversation with Angerla Miller-May. When Angela Miller-May…

Finding InclusivityInstitutional Investor at the DE&I Roundtable in October 2022 recognized 12 industry leaders for their work commitment, and Leadership to diversity. Here are some excerpts from our conversation with Carol Chan.In her role as Deputy Chief Investment Officer and…

Opportunity Rising Institutional Investor’s Diversity, Equity and Inclusion Roundtable in Chicago recognized 12 industry leaders for their commitment to and leadership in diversity initiatives. Here are some excerpts from our conversation with Kirk Sims. At the Teacher Retirement…

The whole can be greater than the sum of its parts

Russell Clarke believes the whole can be greater than the sum of its parts, and that principle has guided him since he became CIO of the Victoria Funds Management Corporation in May 2017. He’s converted a set of investment “sleeves” into a carefully tailored garment.

Victoria Funds Management Corporation was set up in 1994 to centralize the management of various public sector pools of capital in Victoria, the Australian state which has Melbourne as its capital city. Clarke describes VFMC, which has assets of about $47 billion, as “a quasi-sovereign wealth fund.” It manages money for about 30 clients, including state insurance funds, emergency services pension funds, as well as the University of Melbourne endowment, amongst others. “The idea was to bring together the management of the pools of capital” to achieve more sophisticated financial management and economies of scale,” Clarke says. While some clients were required to join, “a range of others are encouraged or choose to do so because it makes their life easier,” he adds. Most of the money is in commingled funds and run by external managers, but a third of listed assets are managed in-house. 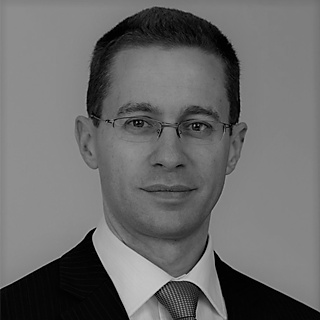 When Clarke arrived, he recalls, “My predecessor had done a good job building a professional team and sound foundation of institutional investment management, but the organization was very asset-class siloed: A huge effort went into building each asset class portfolio but not as much went into the overall structure of the portfolio.” So, he says, “One of the first things I did was to form a portfolio management group, which brought together each element of the team that focused on the overall portfolio into what I think is a more logical structure. We let the asset teams do their day jobs, but there’s now a lot of ongoing effort that goes into the overall portfolio construction. VFMC has a total staff of about a 110 people, with nearly 50 working in the investments team.

Clarke adds, “Focusing the team on overall portfolio outcomes really reframed the way the team thinks, and a lot of good things have come from the refocus. I think it’s got a much better balance; it’s got the team thinking the right way.” Now, he says, “there is at least as much effort and thought that goes into the overall client portfolio as well as each of the sleeves. That’s been the main feature, and we’ve also reorganized the team along those lines.”

As the new structure took hold, Clarke adds, “The team itself came up with a whole lot of ideas for how we can improve the way we invest. We dubbed it the investments continuous improvement program: That’s culminated in a change to the portfolio allocation with less reliance on equity and a wider diversification. And within the fixed income portfolio, there was no exposure to global bonds, so we added to U.S. bonds, which has been a great performer: There’s more diversification and a better balance of risk.”

In evolving the portfolio, he says, “There wasn’t a template, but if you think a year or two ago, before the COVID crisis, we felt we were in a lower-for-longer environment, and our clients still had relatively high objectives: These tend to be inflation plus 4.5% to 5%, so there are relatively high targets they’re trying to meet.” That presented a challenge for VFMC, Clarke says: “We were at a crossroads. Clients would have to ramp up levels of risk in the portfolio to a level which we felt wasn’t desirable. In the end, through additional work on portfolio construction, we were able to build portfolios that didn’t alter their objectives too much, but should allow them to achieve more reliable, diversified returns.”

According to Clarke, “In the States and Europe, there’s a lot of matching liabilities; in Australia, it’s very uncommon. Clarke says his larger clients are simply “return-seeking,” subject to an acceptable level of risk”

Clarke’s reset was well along when the coronavirus pandemic descended on Australia. But it wasn’t all that disruptive for VFMC, he says: “We have the advantage of being a longer-term investor, and the State has a good degree of patience. We’re not driven by peers either. So, we had the luxury of not being forced to react.

When the crisis hit, we were part way through implementing a planned reduction in equities offset by increased allocations private markets and credit, to improve portfolio diversification: We were implementing that in phases – obviously changing private market exposures takes some time, but crisis did provide an opportunity to revise the timing of the phasing and we’ve now completed our changes.”

Meanwhile, Clarke has also substantially expanded VFMC’s approach to ESG issues, making it more of an integrated undertaking of the investment teams. In 2019, VFMC was named to “The Top 25 Most Responsible Asset Allocators” among sovereign wealth funds by New America, a U.S. public policy and advocacy group.

Going forward, he says, “Our Board has asked us – once the COVID-generated market reaction has settled somewhat – to retest each of the elements of the investment philosophy and make sure they are still valid given the crisis. So, there may well be changes that occur in due course.” He insists, “it’s too early to say” exactly what’s going to change, but he notes, “We’re going to be operating in an environment where there’s significant growth in the role of government from a fiscal perspective and further strong invention from central banks. You could argue that has distorted the normal operations of the market.” He wonders just how traditional rules of thumb “are going to work in an environment where markets are being driven by government and central bank support?” Another issue might be the role of “the defensive side of the portfolio in markets where interest rates are near zero. How would you build the part of the portfolio that’s going to be defensive going forward?” (Or, more simply, what’s the point of fixed income if interest rates are zero?)

Clarke was born in England, but as a young teenager moved with his mother and stepfather to Australia. He would go on to Macquarie University in Sydney. Clarke recalls, “I was good at maths, and I did actuarial studies. I’d always been interested in investments, so when I first started my working career, I was doing valuations for pension assets and life insurance assets.” Then he took his first investment job, at Mercer, and he would go on to put in a total of about 20 years at this consulting firm. But his tours of duty were interspersed with stints doing research at an asset manager and an Australian superannuation scheme. At Mercer he moved from giving advice to research and then implemented consulting, serving as CIO for two components of Mercer’s fiduciary business from 2003 on before coming to VFMC in 2017.

VFMC is working with government entities, he says, so “they want good value for money, but their primary focus is net of fees returns, so that’s been one of the positives. In the schemes we are building portfolios for, they’re quite patient and we have a government that is supportive of what we’re doing.” That “might not always be the case, but I’ve found it to be very positive: the long-term focus allows us to get on with things.”

Clarke, who lives in Melbourne, has an 18-year-old daughter and a 15-year-old son. He has a number of hobbies. One is aviation: “I was a pilot: I did my pilot’s training. So, I love going to air shows.” And he also loves photography: “I like taking pictures of aircraft and also nature and landscapes.” He also likes skiing. Skiing? In Australia? “Sure,” he says, “In fact, in Victoria it is possible to go skiing and surfing on the same day at certain times of the year.”

Russell Clarke is a member of II Network. To discuss the content of this article and further engage with him, comment below or Sign up today.