Although the City of Chicago and State of Illinois keep handing her lemons, Angela Miller-May, the CIO of the Chicago Teachers’ Pension Fund (CTPF), keeps making lemonade. Since becoming CIO of the $10.7 billion plan in September 2017, she has carved out a record of sophisticated investment management while vigorously pursuing a commitment to diversity and inclusion. Investing’s not an easy task at CTPF because years of inadequate plan sponsor contributions have left the plan only about 47% funded. As a result, the $10.7 billion fund must pay out about $1.5 billion a year in benefits, requiring a substantial allocation to liquid current income generating investments.

Illinois has long been the poster child for underfunding. Recent studies using data from 2017 show the Chicago city employee’s pension fund is 27% funded, while the police plan is 24% funded, and the State of Illinois employees plan is 38% funded, putting it 48th out of the 50 states. The CTPF underfunding has deepened in recent years simply because the Fund has stepped down the actuarial assumption on returns from 8% to the current 7%, with each step substantially boosting liabilities. After fierce political battles, Illinois has approved plans that will make the pension fund 90% funded….by 2059. 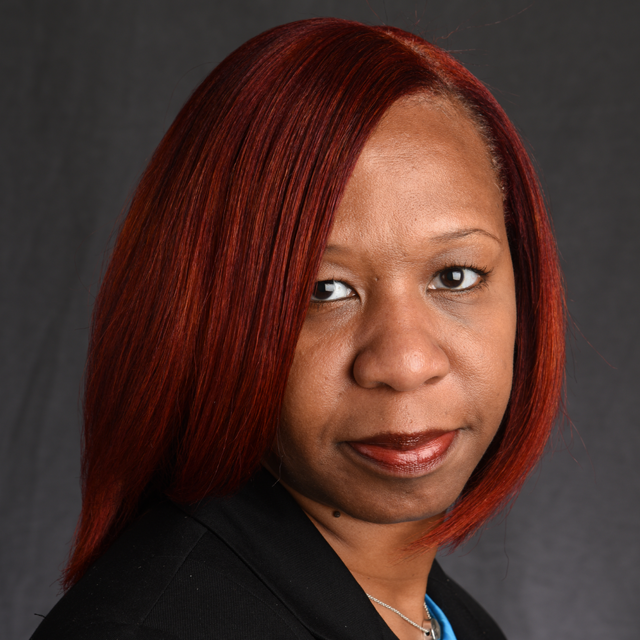 But Miller-May perseveres, arguing that the financial constraints spur the plan to be “creative.” The current asset allocation includes about 30.5% that is invested in domestic equity; 30.5% in international equity; 23% in fixed income; and the rest in alternatives, including 5% in private equity, 9% in real estate, and 2% in infrastructure. It’s all managed externally, with 76 outside managers of for about a hundred funds or mandates. Some 23% of the assets are passively managed, including some fixed income as well as large cap equities. But Miller-May calls herself “a believer in active management,” and she has reduced the passive exposure (from 32% to 23%) in the hopes of bolstering returns.

She says, “It’s not the most glamorous asset allocation policy, but it’s something that works for us.” Miller-May adds, “I know there have been new and intricate strategies out there that you could look at, whether it’s low-vol, smart beta, or option strategies. We see a lot of managers that want to let us know that they have the strategy that’s going to work for us in this particular time. But we perform rigorous due diligence, and it’s really about how the prospective manager fits in with the existing managers, and if it’s not a diversifier, it’s not something we need to invest in.”

After the COVID-19 pandemic dented the portfolio, Miller-May and her nine-person staff responded by rebalancing, and beyond that, “we saw it as a buying opportunity. Every crisis or disruption brings opportunities, and the sectors that may have worked out for you before may not be the sectors you want to invest in going forward,” she says.

She adds, “We remained with many of our investments and managers and did not lock in any unrealized losses because we are long term investors, and we can’t be swayed with what’s going on now or in the near term. We have to look at where we’re going to be in five or ten years. So, it’s a combination – We want to take part in the opportunities, but we also want to be disciplined in our policies and our strategy.”

Going forward, Miller-May says, “I want to increase the alternative side” but given the need to pay benefits, it’s difficult to make long term investments that don’t generate current income. Still, in the spring of 2020, as planned, CTPF added four new diverse managers and beefed up exposure to private equity, real estate and infrastructure. Within private equity, CTPF allocates 50% to funds of funds, 25% to large direct fund investments, and 25% to firms owned by minorities, women, and persons with disabilities.

Diversity and inclusion is a big theme at CTPF. “We are more than active in that arena,” she says, adding, “Teachers are by nature activists in the city of Chicago. The city of Chicago is very diverse, and our teachers  are very diverse.” Moreover, she says, “Our members want to see their assets invested by people that are representative of them.”

Illinois has mandated that 20% of funds be managed by diverse managers, an approach that CTPF had already started on. These days, some 46% of assets, or about $4.9 billion, is invested with firms headed by minorities, women, or persons with disabilities. In contrast to some other plans, there’s no emerging managers program, per se, but she says, “We’ve made it a part of each individual’s expectations that when we’re looking for managers, when we’re selecting them, we want to have a diverse manager as a finalist.” When CTPF was looking for an infrastructure manager, it passed over Blackstone Infrastructure Partners after it came up short on D&I even though it invested with Blackstone Real Estate Debt two years earlier. It is important that managers make an effort to increase Diversity and demonstrate sustainable diversity programs, Miller-May says. She adds, “CTPF is leading the charge on this for the U.S.”

Hovering over all of this are the constraints imposed by being underfunded. Underfunding has been a part of the Chicago model seemingly forever. The teacher’s pension system was created in 1895, and a headline in The Chicago Tribune of October 2, 1915, noted, “Teacher Pension Almost Broke.” Similarly, on March 23, 1919, a Tribune headline read, “Public Employee Pension Funds in a Bad Way.”

There was a point when the CTPF’s funding ratio was over 70%, but that made a “funding holiday” allowable – and it continued for more than a dozen years. After fierce legislative battles in Springfield, there are now plans to cure the chronic pension underfunding in the state. It’s just that the solutions don’t make a real dent in funding until well into the future. Meanwhile, Miller-May is hard at work being an astute and innovative long-term investor who just happens to have an enormous current benefits elephant in the room.

Miller-May was born in what she calls “the fabulous city of Chicago” and raised by her mother and grandmother. She entered Northwestern University in nearby Evanston, figuring, “I wanted to make a difference, and I had a plan – I wanted to be a pediatrician.” But she spent a summer working in Chicago’s Michael Reese hospital, and she found, “For me, it was too emotional. I couldn’t distance myself when children got sicker, and I couldn’t let go when they got well and went home.” She decided that the life of a doctor would be too consuming for her and so she went back to school and changed her major to economics.

After becoming the first member of her family to graduate from college in 1990 and starting her career in banking, she got a position at Northern Trust, while pursuing an MBA in accounting at night at DePaul University in Chicago. “I was doing well at Northern. I was using skills I had learned pretty early on. I managed a group of about 50-plus people and then we ran into the brick wall of 2008. I had been there about 13 years, but it was a time when everyone was being displaced, and one of the hardest things for me was laying off staff. After laying off more than half of my staff, the question became, “Why do we have three managers for half the people?” So, it was my turn – I had communicated the separation speech to so many employees, I basically quoted it to myself and signed off on a package and a final separation from Northern Trust.”

At that point, she says, she returned to DePaul University and started taking investment courses. “Accounting and economics were great, but this was the missing piece,” she explains. And then, she recalls, “There was a job opening for a portfolio analyst at CTPF, and I went for it.” CTPF not only fit her skills, it also fit her psyche: “It was something that gave me purpose because it wasn’t just about me or my career. It was about taking care of thousands of teachers, and everything that we did could be linked to taking care of members, so it was really exciting for me.”

She thrived at CTPF. “There was a period of turnover, so I moved pretty quickly through the public markets, the private markets, and to the Director of Investments in just about five years, because our public equities portfolio manager, our alternative portfolio manager, our Chief Investment Officer, our Executive Director all left CTPF. I don’t know if I started during a cycle of change, but it was advantageous for me to learn so much about public pension plan investing.” When the CIO left, I was promoted to Director of Investments in April 2015 and then I was promoted to Chief Investment Officer in September 2017.

Beyond her job, meanwhile, Miller-May and her husband have raised two sons. If Miller-May ever needs to be reminded that she’s from a minority group, she says, she remembers that her older son, a Penn State University graduate, is the one of a few black players in the nation’s professional rugby league, the MLR, and when she and her husband go to watch him play, she says, “We typically have been the only African-American family in the stands.” The second son is a political science major at the University of Iowa who’s expressed an interest in law school, and then perhaps politics.

Now empty-nesters, Miller-May and her husband have relaxed by riding bicycles and watching movies during COVID-19. But she adds, “When things get tense and stressful, I always get some relief from volunteering and helping others. Recently, she recalls, “I spent a Saturday morning at a food bank giving away food, and it was very rewarding because COVID-19 has left so many people in need and without work and basic necessities. It was nice to see the appreciation on people’s faces and to see members of the community caring about each other.”

Miller-May has three big heroes. Two are her grandmother and mother: “I have so many women in this industry that I can look to for guidance and development,” she says, but in terms of motivation, nothing beats her grandmother’s “resilience and the idea that she wanted me to get an education even though she could not go to school past sixth grade and nothing surpasses her mother’s work ethic. I never wanted to let them down.”

She also speaks in reverential terms about Rep. Maxine Waters of Los Angeles and likes to recall the time in Summer 2019 that she testified before a Congressional Sub-Committee on diversity and inclusion chaired by Rep. Joyce Beatty as part of the Financial Committee chaired by Rep. Maxine Waters. Miller-May admires Waters’ “strength and resolve to help the poor and help minorities and to make a difference.” Miller-May adds, “I want to make a difference. I think I’m in a place to make a difference, and that’s a gift that I don’t want to waste. I want to make sure that somebody could say one day, “If it weren’t for Angela’s efforts, we wouldn’t have been able to accomplish this. I want to leave something great behind.”

Angela Miller-May is a member of II Network. Sign up today to engage with the global community of asset owners and further discuss with her the content of this article.