Doing Well by Her Members Liza McDonald, the Head of Responsible Investments at Aware Super, one of Australia’s largest superannuation funds, which serves more than one million members. An Australia native, she worked at Mercer Legal, a Melbourne-based superannuation law firm, from…

Reimagining the Future of Work in Financial Services

The Future of Work  Institutional Investor’s Allocator Intel hosted “The Future of Work: An Allocator Roundtable,” based on an exclusive survey answered by more than 170 allocators. After a year in which Covid-19 has altered working environments globally, the investor- and consultant…

Finding Poetry in the Bond Market

As the students in the Kwok Jing Culture and Education Foundation’s calligraphy class carefully try to master the precise brushstrokes demonstrated by their teacher, Benjamin Deng, probably few of them know that his day job is overseeing more than $280 billion as chief investment officer of the China Pacific Insurance Group, headquartered in Shanghai. Deng, who has been teaching calligraphy at the Kwok Jing center in Hong Kong since 2012, is also the founding president of the Hong Kong Chinese Poetry and Arts Association. But this aesthete in Hong Kong is at the same time one of the Masters of the Universe in the Beijing financial world.

China Pacific is the third-largest insurance group in China, ranked the 199th on the Fortune Global 500 list, and Deng oversees investments for the general accounts of its giant life insurance and property and casualty companies while also supervising a sizable third-party asset management business. Clients include the national pension fund as well as other Chinese pension funds and institutional investors, and China Pacific Asset Management, a subsidiary which has AUM of $140 billion. On June 17, 2020, CPIC successfully listed its GDR on London Stock Exchange and became the first insurance company listed in Shanghai, Hong Kong, and London. In August 2018, CPIC created the position of group chief investment officer and appointed Deng. 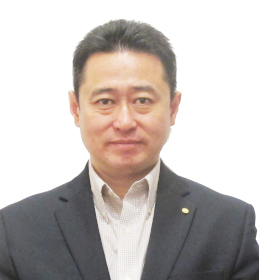 Deng, who grew up in Beijing before moving to New York 25 years ago, now divides his time between Shanghai and Hong Kong as he tries to orchestrate the differing requirements of the various pools of capital under his aegis. “As CIO,” he says, I am more of a strategist and chief economist. I look at the whole strategic asset allocation, and my job is to make sure over the long term that we will allocate among large assets classes that will optimize our return profile. I usually don’t get my hands busy on stock selection, unless an investment is above certain thresholds.” Instead, he says, “My job is to make sure our strategies, procedures and processes are well-governed.” His goal, he says is “a rule-based allocation process.”

As for the allocation itself, he notes, “Our strategy is quite traditional: For the life insurance company, we’ve got slightly more than 80% allocated to fixed income; the rest is in public and private equities, commercial real estate, and some policy loans.” Within the massive bond portfolio, he adds, “close to half is in government bonds.” The vast majority of the investments are domestic, because almost all of the insurance business is in China and in RMB. As for the equities portfolio, he says, “We tend to buy equities on a fundamental research basis and then hold them for a long time.” He adds, “We have been investing on a value basis for many years, and we are now expanding and enhancing our private equity investments.” He believes that private equity will flourish as China’s financial market grows in size and complexity.

Deng says his principal focus at CPIC has been on reducing the gap between the average duration of its assets – about seven years – and its liabilities, where the average duration is at least 10 years. He can’t close that gap just by purchasing more long-term government bonds, because yields are so low and issuance is intermittent, so he needs to leaven the insurance portfolios with higher yielding instruments. Similarly, CPIC’s asset management group has “a substantial chunk of long term savings products,” he notes, and in that case as well, there is a need to look well beyond government bonds and allocate to “higher yielding corporate bonds, and some public and private equities.” He may not allocate double-digit to private equities, but given the size of the CPIC portfolio, that has perked up the interest of private equity managers.

Much of Deng’s approach was honed at his previous job at AIA, the Asian arm of AIG before its IPO in 2010. “When AIA went public in 2010, it was the crown jewel of AIG.” He says, “AIA had a superior asset-liability management framework, and at its core was the strategic allocation which I had built.” Deng adds, “When I came to CPIC, I came with that knowledge and philosophy. I built it here, and it’s working really well.” In Deng’s view, “When I look back, the smartest things was to build and develop the strategic asset allocation from scratch. That really comes from a philosophy of holistic portfolio optimization built on long term macro-economic trends, correlations, and a multi-factored analytical framework.” One reason he thinks this analytical tool is “the smartest thing I did here” is because “I’m truly a long term investment strategist.” Deng acknowledges that he will inevitably miss some investment opportunities, but he insists, “I don’t really care about one month or even one year of performance. I care about 20-year performance.”

Now that a broad allocation framework is in place, Deng wants to ensure that the specific investments selected reflect the changing contours of China’s economic future. He thinks China’s legendary GDP growth rate will slow in exchange for better quality, and he says signs of foreign companies rethinking their reliance on supply chains running through China were already visible long before the COVID-19 pandemic. For instance, in New York, almost all clothes were “made in China” 20 years ago but later started showing a diversified source of manufacturing. But, that was also consistent with what China wanted as it seeks to move up the value chain, backing away from low-cost, low-wage manufacturing and seeking to produce more higher value-added products. Deng believes China is now rapidly transitioning from an assembler of other people’s technology to a creator and developer in high tech areas ranging from 5G to biomedical equipment. Meanwhile, China’s demography is also creating new investment opportunities. In particular, the famous, and now officially abandoned, one-child policy and the aging population mean promising investments in healthcare and services for the elderly.

Deng, a child of the one-child policy era, went to Beijing’s University of International Business and Economic, and a couple of years after graduating, he went off to New York in 1995 to work on his MBA at Baruch College, a school known for both the quality of its finance program and the vast number of students who are Asian. “Back then finance was very new in China. And the MBA just started becoming a trendy thing. I didn’t really have a fixed agenda. I didn’t really know where it would take me. It was more like the U.S. was the Wild West, which I didn’t know anything about. But I came, and I figured it out.” He earned his MBA, married a fellow student, and then went to work for a taxi medallion financing company – these are firms that finance the purchase of the “medallions” or licenses required to operate a New York City taxi. These once involved seven-figure transactions, but “Uber damaged that business a lot,” he notes. He went on to earn another master’s degree – in quantitative methods and modeling – and later taught risk management at Baruch shortly before he was sent to Hong Kong in 2007. Meanwhile, in 2000 he joined AIG. (As it happens, the American International Group, a U.S. insurance behemoth, traces its roots back to an insurance business started in China in 1919 by C.V. Starr.)

He eventually was put in charge of AIG’s Asia-Pacific risk management strategy, and designed AIA’s strategic asset allocation framework. That was just the kind of guidance needed at the rapidly growing China Pacific group, and since August 2018 he has been rationalizing its sprawling array of portfolios. The job has been complicated in recent months by COVID-19 because he divides his time between Beijing and Hong Kong, and these days, every time he goes from one to the other, he has had to self-quarantine for 14 days. At last count, he had completed three quarantines. That has not only complicated his work, but also his cultural activities, his role as an Adjunct Professor at the City University of Hong Kong, and his family life. His wife lives in Hong Kong with their younger child, while the elder child is already a junior college student in the US, double-majoring in applied mathematics and economics (before going to college, his elder child was his assistant when teaching calligraphy).

Deng says he and his the family have successfully navigated life in two countries and multiple cultures. When they were in New York, they lived in Brooklyn and eventually settled their home in Queens. Besides being close to New York City’s Chinatown, he was also absorbed in American life. “Beijingers are very much like New Yorkers, personality-wise. I didn’t really find myself being a stranger in New York, once I have mastered the language. New York City is a very special place where anyone, no matter where from, can find a comfortable space. That’s what makes New York so lovely. I had friends in all races and I loved the cultures from all over the world,” he says. By the same token, when he came back to China after more than 20 years in New York, he says, “I didn’t feel alienated either. People were saying ‘Ben, you still sound very Chinese; even the way you talk is very Chinese.’” Still he says, colleagues would find “when they work with me for a longer time, some American things will come out, such as being a bit too up-front, outspoken, and sometimes behaving like a cowboy.”

After his long sojourn outside China (and, Dr. Freud might say, perhaps because of it), Deng has immersed himself in traditional Chinese culture. There’s the calligraphy: He not only teaches it, he’s also vice chairman of something called the China Insurance Industry Calligraphy Association. And there’s the poetry: He’s a member of the China National Poetry Association and the founding President of the Hong Kong Chinese Poetry and Arts Association.

Benjamin Deng is a member of II Network. Sign up today to engage with the global community of asset owners and further discuss with him the content of this article.