Sigmund Freud, perhaps Vienna’s most famous resident, once said “Out of your vulnerabilities will come your strength,” and that may well describe the Austrian occupational pension system. APK, Austria’s oldest and third-largest pension fund, now helps ensure a comfortable retirement for its 100,000 active members and 25,000 retirees, but it owes its existence to a major pension fund failure 40 years ago. And Christian Böhm, a founder and CEO of APK (APK Pensionskasse AG), has taken on a leadership role in creating Austria’s first occupational pension fund in large measure because of his experience with the pension crisis at a troubled Austrian industrial conglomerate. 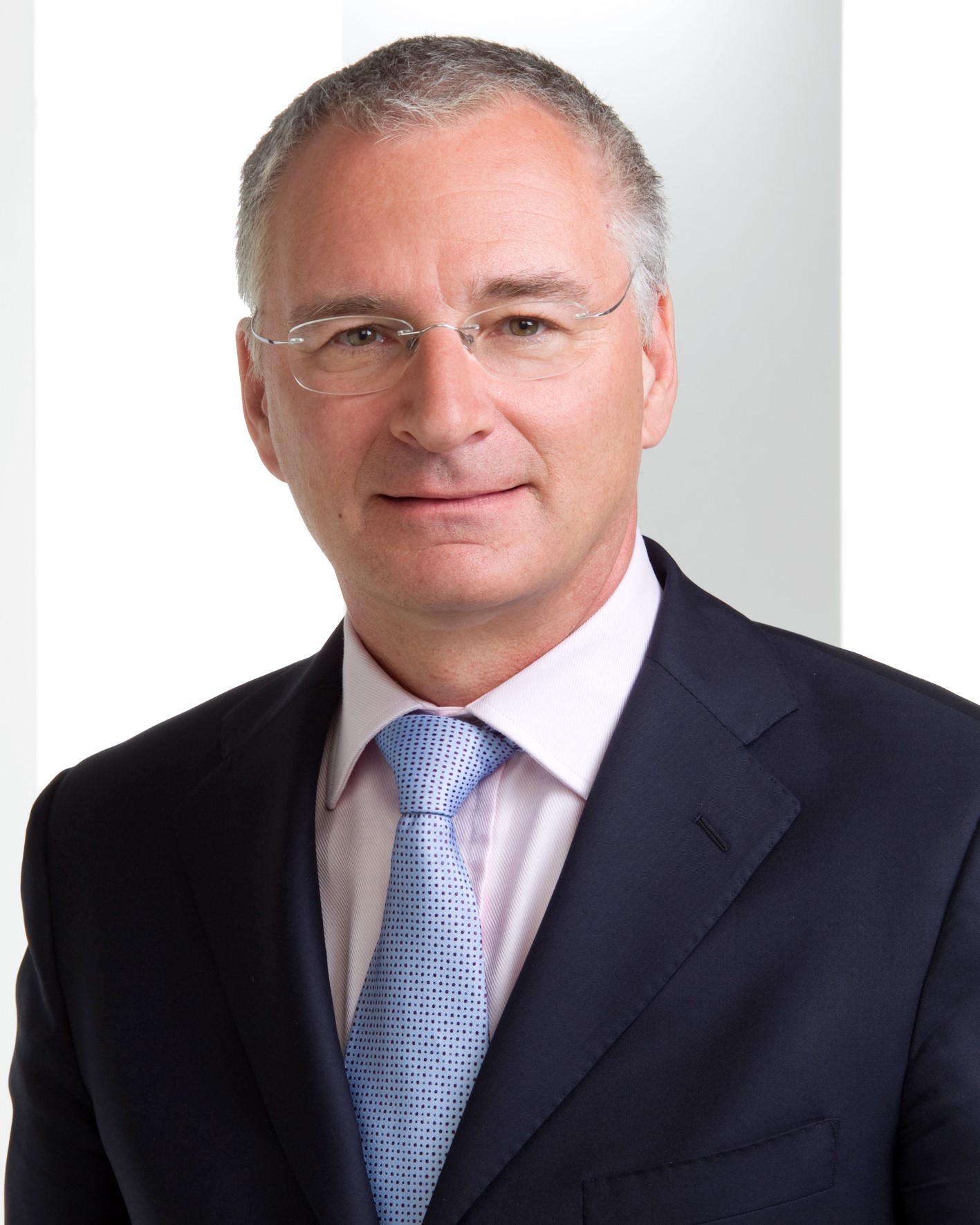 After a post-university stint in government in Vienna from 1982 to 1987, Böhm moved back to his home town of Linz, to work for a part of what is now the voestalpine group, a major Austrian industrial conglomerate which traces its roots back to 1841 and over the years has frequently changed its configuration and moved between government and private sector ownership. The part of the company he was working for between 1987 and 1989, had some 20,000 employees, he recalls, and it also “had pension promises on the balance sheet” rather than being funded. The company “ran into financial difficulties,” he says, and ended up offering employees only a single payment equal to only about 20% of the value of their pensions. Böhm, who was then 29 years old, says, “I was one of those who had to communicate that decision. So, it was really one of the worst situations I had in my working career.” Not surprisingly, he says, “If you have this experience, and if you go through this process, it shapes your thinking.”

Meanwhile, he says, “I had my contacts in the federal government, and we really invented the defined contribution plan in Austria. We had seen that defined benefit plans can hinder economic and corporate development, so the risks have to be spread out if you have sizable pension promises. I was also more or less one of the founders of APK.”

Böhm has been with APK since its creation in 1989 and became CEO in 2002. Like a number of Austrian institution in this country of 8.7 million people, APK is big deal at home, but it’s small in the European context. However, it punches above its weight largely because Böhm is an important figure in the European pension world. He was Chairman of the Association of Austrian Occupational Pension funds from 2002 to 2009 and since then Vice-Chairman, and he’s been on the board of PensionsEurope since 2003. He’s also worked with the European Commission on certain proposed regulations.

APK, Austria’s first multi-employer pension plan, works with several hundred companies, large and small across Austria (and a few outside it). While it has some legacy defined benefit plans, it’s essentially a defined contribution plan with about $6 billion under management. Most of APK’s money is pooled, although there are a few separate accounts, and overall, Böhm says, approximately one third is in equities, while roughly 50% to 60% is in fixed income plus another 5% to 10% in property investments and private equity, and there is a small portfolio of “what we call alternative investments, which don’t fit into those categories,” such as hedge funds, private debt and insurance-linked securities.

The overall assets allocation is constrained to some extent by the structure of the APK plans. Plan members from each employer can choose among three different investment strategies based on their risk preferences. Each choice is largely defined by its equity exposures, which can range from less than 15% to more than 40%. Within equities, he says, “We do not make a distinction between foreign and local equities because the Austrian market is very small, and so our approach on equities is global. He adds, “We look at the market in terms of allocation to different regions – usually it’s Europe, the U.S., and Asia. There’s no local bias, although maybe because of currency risk, we may have a little bit more in the Eurozone.” Equities are split between active and passive, he says, and “Within the active part, we have something like an ESG overlay to avoid certain companies.” APK has also been building up its private equity exposure, and it’s gotten big enough to move from fund-of-funds to direct involvement in partnerships.

In contrast to the globalized equity portfolio, he says, for fixed income, “We are largely invested in the Eurozone or Euro-hedged global investment grade corporate bonds” to limit currency risk. However, in pursuit of yield, the allocation to government bonds in the last few years has been reduced and he has been broadening the allocation to include more investment grade credit, high yield, and emerging market debt. There’s also a bit of private debt. It’s all managed externally, except for the government bond portfolio and some overlay strategies. The investment team is staffed with four professionals. APK has been known to take a flyer. “One of our best decisions at APK has been becoming the first institutional investor in the German speaking world to invest in Chinese equities at the time when they were extremely cheap.” And after the global financial crisis, APK bought some distressed U.S. mortgage-backed securities.

Böhm often focuses on valuations, but he insists he’s not a hard-core value investor. If Böhm can seem hard to pin down, he likes it that way. “We like to choose managers with different approaches,” he says. He is wary of “benchmark investors,” offering the familiar you-can’t-eat-relative-returns argument. And he also opposes rigid asset allocation structures. “If there’s a severe market development, we can check our bandwidth and can make tactical decisions,” he says, adding, “Normally, we have a strategic allocation within tactical bands, and within those tactical allocations, we have models of how we can handle certain risks.” Böhm says this approach served APK well in the pandemic meltdown. Going into it, he recalls, “The protection we had at the beginning of this year, during March, was the fact that we had a relatively high portion in cash, and the reason for that was the relatively high prices in the market.” This spring saw the portfolio go down and then back up, and Böhm says, “If there is a pandemic situation, you cannot hide your portfolio from negative effects. But after the rain, the sun comes out. So what did we do during the market storm? We made no significant changes.” That response may also have been shaped by what APK did after 9/11 in 2001, the date of the terrorist attack on the World Trade Center in New York. In Böhm’s view, “The worst decision I wouldn’t like to repeat was after September 11th. I have to say maybe we reduced risk a little bit too much. The experience I have now with more than 30 years in the pension fund industry, is, if there really is a market storm, stay calm and look at what’s really going on; don’t overreact.”

Böhm grew up in Linz and went to university there. After university he went to work for the Ministry of Labour in Vienna, and then, “for private reasons, I moved back to my hometown,” and that’s when and where he had his Burning-Bush, Road-to-Damascus pension meltdown experience. These days he lives in Linz, but has offices in Vienna and Linz, and what does he do in his free time? “I’m in Austria, so, it’s natural that I like skiing.” He also likes swimming. He was on both the school ski and swim teams as a student, “so it’s a little bit of a pity that I cannot do this as much as in my previous life.” And, of course, there’s music. “If you live in Austria, it’s something you have to have in your blood. But it’s not only classical music; I’m very open-minded on this.”

He also keeps abreast of the latest ideas in economics and finance. “I try to take a look around, but I’m not fixed to any one of those commentators. It’s always good to hear different opinions.” If anything, he’s a bit of an iconoclast: “What we have seen from those famous hedge fund managers is only a few have successfully survived,” and as for economists, “They look out from a different window. I wouldn’t like to build a portfolio from economists.” Instead, he prefers a dialogue with other pension funds: “In Europe the pensions are really different from one country from another, but we have to share our experiences,” he says. As he reflects on his career, Böhm notes that there were difficult days in Linz, but he went on to help Austrian workers find a more secure way to save for retirement. So, perhaps as Freud also said, “One day in retrospect the years of struggle will strike you as the most beautiful.”

Christian Böhm is a member of II Network. Sign up today to engage with the global community of asset owners and further discuss with him the content of this article.