When Dominic Garcia returned to New Mexico in September 2017 to become CIO of the New Mexico Public Employees Retirement Association (PERA), after 10 years at the State of Wisconsin Investment Board, it was very much of a homecoming. Not only was he born and raised in New Mexico and a graduate of the University of New Mexico, he says: “My family has been living in New Mexico for multiple generations, going back a couple hundred years, so I have deep roots here. We can trace some of my family and my wife’s family to the original settlers to this area in the 1600s.”

Perhaps one reason he was drawn back to his ancestral home is that he knew that PERA – where he once worked and whose benefits touch a substantial portion of New Mexico households – needed help. In his view, “The portfolio could be improved, and the system was not on a good trajectory.” PERA, which has about $15 billion in assets and 90,000 participants, including most state and local government employees, except for school teachers, pumps more than a billion dollars a year into the state economy. It’s only about 70% funded, and Garcia believes it was spiraling into trouble. “Our entire goal was to change the trajectory for the better,” he says, “and in three years, we are doing just that.” 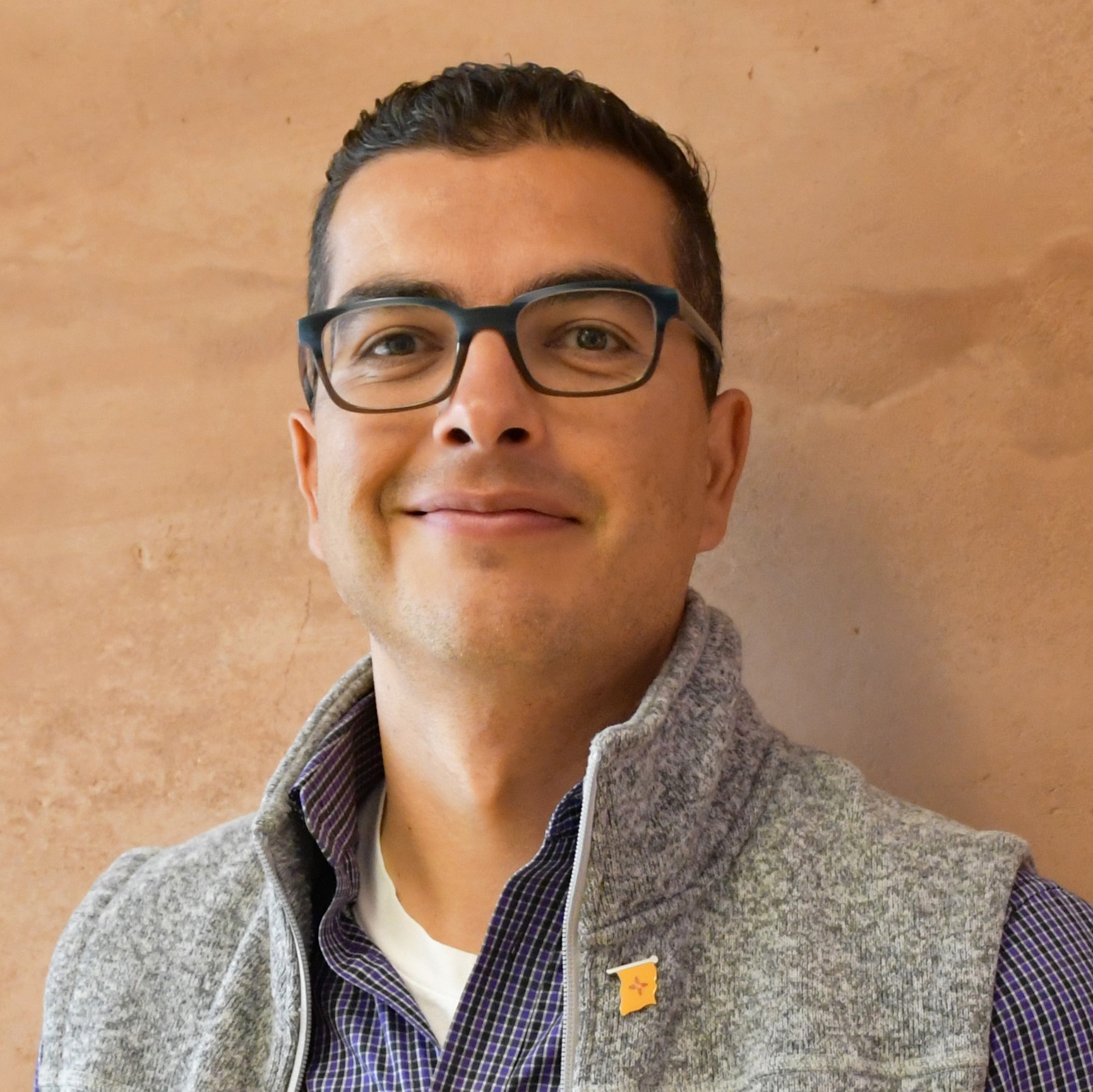 He’s been shaking up PERA by bringing to bear much of what he learned in Wisconsin. “I spent 10 years in Wisconsin: I lived and breathed best practices across the board. The Wisconsin plan is the best-in-class plan in the United States,” he says. Among the things he learned in the Badger State was that “the first thing is to have a successful, sustainable pension structure. What I found in Wisconsin is you need a flexible benefit design. You need to separate out the base benefit and the COLA (cost of living adjustment), so if the pension does well, participants get an extra benefit and share in the risk.” Other lessons? “They have a stellar governance structure. Third, they have a really good way of attracting talent. The fourth is how to implement best practices in the portfolio,” he says.

When Garcia compared that with New Mexico, “what I found is we fell short on pretty much all of them. While we were 70% funded, if you looked under the hood, we were much more fragile than that. We had an outsized negative cash flow, and it was getting bigger. We were getting on a track of spiraling downward if there was stress to the system. I had concerns about the overall sustainability of the whole system.”

To fix that, when he got to Santa Fe, where PERA has its headquarters, he started with governance: “The board and I worked to change delegation from ‘everything has to go through the Board on an-investment point of view’ to allowing the staff to take on more responsibility. Now we have a shared delegation. It was modeled after Wisconsin and other plans – South Dakota and some of the Canadian plans. We improved our governance in the first six months.”

In addition to governance, another big issue was plan design: After consultation with a range of stakeholders, the governor recently signed a pension reform bill. While dealing with structural issues, he notes, “It also increased contributions going forward.” Now, he says, “We feel this plan is more sustainable for the long-run. Going from a trajectory of potential insolvency to sustainability is a big thing. The new design is the New Mexico Profit Share Plan, whereby COLA’s now are variable based on investment returns exceeding the cost to pay the base benefit and the funding ratio of the plan. Before, COLAs were fixed and paid out annually no matter what – in good times and in bad times.

He’s also recruited new team members and redesigned a range of internal processes. “We’ve been updating our technology and processes. We are trying to move our entire operating plan from the 20th century to the 21st century,” Garcia says.

All the while he was rethinking the portfolio to “make sure our assets align better with the plan design.” To do that, he says, “We’ve institutionalized a risk budget. We set a total risk objective over the long run, and we separate out a beta allocation and an alpha allocation. We view everything through a risk perspective and a risk budget perspective.” These days assets, from a capital perspective, are divided into five categories: Global equity – our target there is about 35.5%; risk-reduction, but you can call it core bonds – that’s 19.5%; and then credit-oriented fixed income, which is high yield, alternative credit and EMD is 15%; and then real assets, which includes real estate, infrastructure, commodities, TIPS, and REITS, were at 20%; and then there’s a multi-risk allocation, which is risk parity, at 10%.”

But he notes that the allocation is a work in progress: “Since we just had our pension reform, which changes our plan design, we need to be more cognizant of it in our investment strategy, particularly the amount of total risk we take. We will need to continue on the risk-based approach and portfolio path we started. This will be the best track to better align with our new funding goals.”

While Wisconsin is the model, Garcia adds, “There’s one thing we didn’t do: They do a risk-share COLA, and it’s unlimited to an extent, so participants can see some volatility in the payout and it can be clawed back. We put guard rails around the New Mexico version – a floor and a ceiling – so it gets modulated over time.” He adds, “Internal management is very additive at Wisconsin. We don’t have the bandwidth at this time, but we have an aspirational goal to integrate some type of internal management in the future. We’ve got more years of hard work to get us to where we need to be, but we are headed in the right direction and have had a great start.”

As all this was playing out, the pandemic hit, and Garcia says, “We have an overall liquid and lower risk portfolio, so we were able to withstand the stress.” More importantly, he notes, “We have a strong liquidity profile and synthetic capabilities, as a result we were able to transact and manage the fund without selling any distressed assets.” Garcia adds, “Now we are looking to take advantage and lean into active risk where it makes sense.”

Looking to the future, he says, “Over the next 10 years or so, I think our biggest challenge is that cash is near zero. Total return is equal to cash, plus beta, plus any active alpha you can get, but that isn’t necessarily going to add up to enough.” The answer, he says, “Is the amount of diversifying strategies, active management, and non-traditional allocation tools one is comfortable with? Using all the tools in the toolbox will lead to a more efficient, higher Sharpe portfolio.” He adds, “To build a higher Sharpe portfolio, the organization will need to be more supportive and agile. It is more difficult and requires resources and talent.” Finally, he keeps asking himself, “Do we have enough risk? Right now, we’re running at 10% volatility for the total plan. Our biggest risk might be that we’re not taking enough risk.”

Garcia, who grew up in Albuquerque, studied political science, Spanish and economics in college, and then went on to the University of Chicago’s school of public policy, where “I was immediately pulled into public finance. The nice thing about this graduate degree is half your courses are in your school, and half in the business school, so I spent time in finance and macro investing, and I found I had a knack for finance.”

After earning a master's degree, he and his wife returned to New Mexico, and “I got a job working for the state legislature’s finance committee. Soon, my boss was saying there was work to be done on the state’s pension fund and sovereign wealth fund. When Garcia was 27 years old, he went to work at PERA. He soon became deputy CIO and when the CIO retired, “for a short period, I was acting CIO at 29. And I had the opportunity to attend the National Association of State Investment Officers annual gathering that year.”

He adds, “I was green and felt out of place, but I bumped into David Villa (then CIO, now executive director of the State of Wisconsin Investment Board). He had just started in Wisconsin, and we had a connection. I told him my ideas for portfolios, and he asked me to share a cab with him to the airport. Then, six months later I got a call, and decided to take the leap.” From Day One he gave me more responsibility than I could handle – he gave me a baptism by fire.” Garcia worked on some internally managed portfolios and also oversaw external managers. “I was able to help make progress and experience success. It was a great experience,” he says.

Meanwhile back in New Mexico, “the PERA CIO got a job elsewhere. I knew the consultant there, and she said, ‘Boy, we could use your help here.’ I felt I did a lot of good in Wisconsin, but I was ready for a new challenge,” Garcia says.

Moving back to New Mexico was bittersweet, he says: “Wisconsin was a great spot to be in. But I would be coming back to New Mexico to be a change agent in a place that generally isn’t open to change. I asked myself, ‘Do I have the energy to do that?’” After three years, he says, “I am happy to be here. It’s good to be back home and I have learned a ton about myself and what is required to make sustainable change.”

Garcia, who lives in a 200-year-old adobe house near the foothills in Santa Fe with his wife and three children, unwinds by running, bicycling, and gardening. One of his gardening goals is “I’m trying to get better at composting.”

His PERA goals are loftier: “I think the best thing we’ve done is going for the pension overhaul. That sets the entire system on a better path for the long-run. We’re a very small state, and, frankly, we’re a poor state. This pension pays out 2% of the state’s GDP annually. Our pension plan touches so many families in the state, so making sure this plan is sustainable, not just for this generation, but the generations to come as well, is huge for the state, and being able to help secure it is a big, big win.”

Dominic Garcia is a member of II Network. Sign up today to engage with the global community of asset owners and further discuss with him the content of this article.