A Firm Believer In Active Management

The C-suite world keeps expanding as organizations find more and more tasks to precede with the label of “chief,” but the investment world doesn’t have a lot of Chief Strategy Officers – except for Eric Nierenberg of MassPRIM. That might not be a useful role for passive investors, or those who are content with a classic 60/40 portfolio. But MassPRIM (the Massachusetts Pension Reserves Investment Management board, which provides pensions for an array of state and local government officials) is a firm believer in active – some would say very active -- management, and there’s a lot of strategizing going on.

At the end of 2019, for example, MassPRIM committed $2.2 billion to multiple investment strategies, including $1.5 billion for into short-tern fixed income, up to $200 million for structured credit, and up to $150 million for an “idiosyncratic volatility arbitrage strategy.” At the same time, it also committed capital to three alternatives funds in real estate, middle market growth, and a “growth equity fund targeting growth-oriented, lower-middle market software companies located primarily in North America.” In March of 2020, in addition to hiring three fixed income managers, PRIM awarded Loomis Sayles $250 million for a “Term Asset-Back Securities Loan Facility strategy” and also approved an allocation of up to $500 million for Prudential Agricultural Investments to run a farmland portfolio. 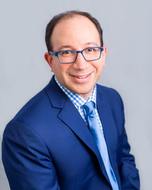 As MassPRIM is busily whipping up this soufflé of sometimes exotic strategies, Nierenberg’s job is to make sure the pudding has a theme. What he wants to avoid above all is ending up with a nominally diversified portfolio run by an army of managers being paid handsome fees for what turns out to be an overlapping, highly correlated, and very expensive closet index fund. Nierenberg says that overseeing investment strategy “is a jack-of-all-trades” position.” He emphasizes that this is not about what to buy or sell today or even tomorrow. “We do not tactically allocate, so we’re not trying to predict specific returns for asset classes or sub-asset classes. We’re developing tools and systems,” he says. The areas under his purview include not only asset allocation and risk management but also research, real assets, and structuring portfolio completion strategies.”

When it comes to asset allocation, he says, “We think in ranges, not point targets.” The MassPRIM range for global equity is 34% to 44%. Meanwhile, core fixed income ranges from 12% to 18% (“You can think of this as basically Treasuries and TIPS,” he explains.); value added fixed income, 5% to 11% (“Think of that as credit and high yield); private equity, 10% to 16%; real estate, 7% to 13%; timberland, 1% to 7%; and portfolio completion strategies, 8% to 14%. All of it is managed externally. Nierenberg says, “At a high level, it may not look that different from peers. And the portfolio is broadly similar to five years ago.” But the devil is in the details. For example, he says. “The hedge fund allocations may not have changed, but the composition has shifted substantially.”

Nierenberg was originally hired in 2012 to look after the hedge fund portfolio, and it provides a good case study of the kinds of things he brings to the party. As he started to “decompose” the hedge fund portfolio, he found a substantial overlap in positions and a high correlation between these funds and with the overall market. MassPRIM seemed to be paying rack rate fees for dubious diversification benefits. Nierenberg replaced many of these funds with direct investments in two dozen hedge funds which have low correlations with one another. This built upon a previous move to mostly eliminate hedge fund-of-funds. “We’ve been able to achieve full transparency and control, with better liquidity, and save over $100 million in fees each year; this is a free lunch,” Nierenberg says. Moreover, all new hedge fund investments have been made in a managed account format rather than in commingled funds. Besides saving even more money, this approach provides more direct control over assets and prevents being gated out of an account.

Managed accounts also made it possible to expand the range of potential managers. Since the MassPRIM board does not want its allocation to comprise more than 20% to 25% of any commingled fund, given the size of its typical allocation, it needs hedge funds with AUM of at least $1 billion. This ruled out a significant part of the potential manager pool – smaller managers, who have often been able to generate superior returns. Managed accounts are a way to get into this market segment.

In November 2018 MassPRIM committed to investing $50 million in each of three emerging hedge fund managers. And this was followed up in 2019, when MassPRIM formed an alliance with Innocap and NewAlpha Asset Management to help identify emerging managers – defined as those with AUM under $500 million – for MassPRIM to invest in. Despite the high falutin concepts he usually traffics in, one of Nierenberg’s focal points has been cost reduction. After saving $40 million by moving from fund-of-funds to direct hedge fund investments, that figure would go up to over $100 million as it pushed back against the two and 20 fee structure and reduced costs through its separate account initiative.

Along the same lines, starting at the end of 2016, MassPRIM became one of the few pension funds to make direct investments in real estate rather than go through external managers. It bought 21 acres of land and three office buildings in Silicon Valley for $112 million. In each of the next two years it committed more than $700 million to internally managed direct real estate investments. And in 2020, it took money out of REITS to help fund a commitment to put $1.6 billion in direct real estate investments through three separate accounts. Around the same time, when it added three new fixed income managers, it funded this commitment by liquidating a manager-of-managers portfolio. Nierenberg has also been exploring the merits of co-investing as a low-cost mechanism.

Looking down the road, are there any new themes or asset classes on the horizon? Nierenberg says MassPRIM has had an “interesting new real asset program” that has “complemented the portfolio.” And he adds, “We’ve had success in our private equity portfolio.” He adds, “Given our success with buyouts, do we apply that to growth equity or infrastructure? They are not the same kind of investing. What about expanding geographically? Compared to endowments and foundation, and sovereign wealth funds, we haven’t had that much exposure to the private side in China or India.” MassPRIM has also indicated it intends to increase its real estate pipeline with specialty property types such as life-science focused office buildings and senior housing. In short, “the opportunities are quite large, but we need to make sure the risk profile is appropriate.” And that, ladies and gentlemen, is where a chief strategy officer comes in handy.

Nierenberg has been thinking about investments for a long time. He was born in New Jersey and grew up in Florida, where he first got interested in investing while in high school. “In 2000, I watched the tech bubble burst and remember professors trying to explain what was happening with efficient markets theory. I said, ‘This makes zero sense,’ and that turned me on to behavioral finance. That approach to economics is “much more ‘in’ right now,” he says, but when he started studying the field “it was an island. Thaler was one of the few.” (“Thaler” is Richard Thaler, the University of Chicago behavioral economist and Nobel Prize winner.) Nierenberg earned three degrees at Harvard, graduating from the Business School with a Ph. D., and he went on to become a portfolio manager at Lee Munder Capital Group and Independence Investments.

Since he joined MassPRIM in 2012, he has integrated theory and practice. For the past decade he has been an adjunct professor at Brandeis University. He teaches courses on derivatives, and some call his offerings a financial “50 Shades of Gray” because of its focus on strips, straps, spreads, strangles, and straddles. Nierenberg says, “I really enjoy the mix of my teaching with my work. They reinforce each other. There are a lot of synergies. I’m a more effective strategist as a result.”.

For Nierenberg, in many ways work is still a graduate school seminar as he ponders the broad contours of investing. He has fond recollections of two of his professors at Harvard, Jeremy Stein, who served on the Federal Reserve Board of Governors, and Kenneth Rogoff, formerly chief economist of the IMF. “In both cases, they have a profound intellectual curiosity without having a definite answer, and that is something I definitely admire and look to emulate – i.e. learning to be completely open-minded.” He also welcomes his dialogue with those in his industry. He cites people like Philip Rotner, the CIO of Boston Children’s Hospital and a member of the MassPRIM investment committee, or Mario Therrien of the Caisse de dépôt et placement du Québec. And he credits Dan McDonald, formerly of Ontario Teachers, with giving him advice on how to set up managed accounts. Nierenberg says, “There’s a community of allocators and that’s really important to me. I get to talk to really, really smart people. You can learn a lot from them. And if someone wants to talk to me, I really want to help. We’re not competitors. We’re colleagues. So, that’s a model I want to follow.”

Eric Nierenberg is a member of II Network. To discuss the content of this article and further engage with him, comment below or Sign up today.