How Storebrand has Become Synonymous with Sustainability for Investors

Jan Erik Saugestad, the CEO of Norway’s Storebrand Asset Management, is so well known as a global leader in issues of sustainability and ESG that it’s easy to forget he has helped build his firm into a highly regarded investment manager, one that is rapidly expanding beyond Norway. Saugestad, who started at Storebrand Asset Management in 1999 and has been CEO since September 2015, insists that investors don’t just think of Storebrand in terms of sustainability: “Our perception is that there is substantial recognition of us as astute investors as well.” But if he is sometimes seen as Mr. Sustainability, that’s OK, he says: “I don’t get tired of it. I must say my portfolio managers and analysts at Storebrand really get positive energy being part of something that goes beyond good risk-adjusted returns.” 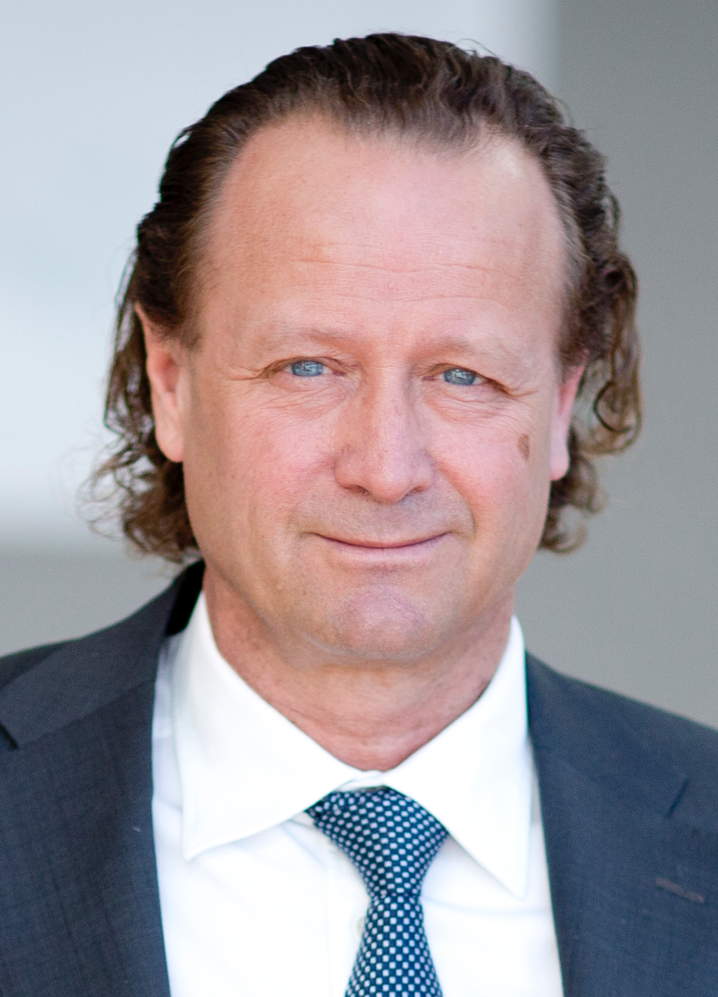 Storebrand, a Norwegian insurance company dating back to 1767, has been managing pension money since 1917. The asset management unit, formed in 1981, is Norway’s largest private asset manager with assets under management of about $80 billion. Because Storebrand Asset Management oversees the insurance company’s general account, it maintains a sizable allocation to bonds, although the fixed income exposure has gradually been shifting from sovereign bonds to private debt. About 40% of its portfolio is in equities, and about 12% is in alternatives, meaning private equity and debt and real estate. Saugestad has been internationalizing the equity portfolio beyond Scandinavia, and also enlarging the allocation to private equity. In the case of real estate, “We’re broadening it to look across the whole Nordic region.” And meanwhile, he says, “We are establishing a partnership for infrastructure that is very exciting. We have already allocated capital to it, which is a new asset class for us. Storebrand mixes internal and external management; while a majority of private debt is run in house, for example, there are outside managers for some U.S. and European private debt. The private equity portfolio is structured more as an in-house fund-of-funds investing in outside managers. Internal managers run much of the public equities and bonds.

The pandemic had a modest impact on the Storebrand portfolio. Since the market turmoil, it’s been rebalancing, and in addition, Saugestad says, “We used the opportunity in the credit markets to move down in credit quality and add more into high yield.” What he’s not investing in is hedge funds. “We had a hedge fund program that ran from 1997 to 2008, but we decided to allocate alternative capital to other vehicles rather than hedge funds.” Why? “I think the actual track record for the program was decent, but clearly our perspective was that in the downturn, it exhibited too much beta risk, and we found that it didn’t prove as valuable as other alternatives.”

Saugestad has been busy bolstering the asset manager’s position in Scandinavia, while expanding further into Europe. Storebrand has developed a strong foothold in neighboring Sweden, and more recently it has been moving into Denmark, where it opened an office in August. In 2018, it opened an office in Frankfurt focused on sales and distribution. Meanwhile, it has been making acquisitions. In 2017, it bought SKAGEN, a smaller Norwegian asset manager; SKAGEN already had business outside of Norway, and its clientele, which is heavily retail, complements Storebrand’s institutional focus. In March 2019, SKAGEN shepherded the UK launch of two Storebrand funds: the Global Solution and Global ESG Plus Funds. In February 2019, meanwhile, Storebrand agreed to buy Cubera, a Nordic private equity firm with offices in Oslo and Stockholm, to help expand the Storebrand role in private equity.

Storebrand has also been establishing a Luxembourg domicile in order to sell its funds more easily throughout Europe. Early in 2020, for example, it announced plans for a Nordic real estate fund that would focus on the Nordic countries but would be domiciled in Luxembourg. And in June it announced that its sustainability-focused SICAV had been accepted as a member of the Association of the Luxembourg Fund Industry, making the fund easily accessible to investors across Europe and beyond. It has fund offerings under the Storebrand, SKAGEN, and Delphi names, and also a mix of styles: SKAGEN is more of a “value-based investor,” while Storebrand tends to offer “systematic investment strategies,” Saugestad says, and Delphi is “momentum-oriented, so we really try to combine the capabilities of these boutiques into solutions.”

For many investors, though, Storebrand is synonymous with sustainability, and it has been riding a wave: There is burgeoning interest in ESG issues across Europe (an interest far stronger than in the U.S.). In 1995 Storebrand became one of the first firms to establish a dedicated sustainable investing team. It applied ESG principles to all of the asset classes in all of its pension accounts starting in 2001, and its mutual fund business followed suit in 2006. Storebrand’s proprietary Sustainability Rating system evaluate over 3000 companies on ESG issues. There have been three continuing debates around ESG issues. The first is the definition: What does ‘sustainable’ really mean? Saugestad says a consensus has been developing. “The framework we got with the sustainable development goals has been helpful in aligning investments and companies in terms of what are the things we need to meet, and I think people are more aligned than ever as to what’s sustainable.”

The second debate is about how to act on ESG concerns. Like many social responsibility investors, Storebrand started out by avoiding companies with unacceptable products, like tobacco. Starting in 2013, it also began excluding mining and power companies that derived more than 30% of revenues from coal. (It exempted those with a clear plan to reduce this.) And it went on to announce that that it had tightened these restrictions, reducing the threshold to 5% to result in total divestment from coal by 2020. But Storebrand has moved from screening out and avoidance to active engagement with corporate managements. Saugestad adds that with true engagement, “If you can invest in companies and get them to reduce the risk in their operations and position them well in in line with the sustainable goals, that’s a positive.” Increasingly we have also been engaging with governments and looked at lobbying activities by companies. To have successful investments we need sound and sustainable regulations.

The third debate is about the impact of ESG criteria on returns. Saugestad says, “For quite a while some people were concerned that any kind of restriction on their investment universe – i.e. exclusions – would be a negative. But what we’ve proven with 20 years of experience is it’s definitely possible to generate market returns and even better risk-adjusted returns, even though you have some restrictions on your investment universe.” For example, Storebrand Global Solutions is an actively managed global equity fund investing in fossil-free businesses from both developed countries and emerging markets that it believes offer solutions to help advance the UN’s Sustainable Development Goals. Launched in October 2012, one study shows that it has delivered annualized returns, measured in British pounds, of 13.8% since inception, 1.7% more than the MSCI All Country World Index.

Saugestad thinks the millennial generation that is supplanting the baby boom generation in terms of personal and institutional investment decision-making will be even more concerned about ESG issues. Meanwhile, practicing what it preaches, Storebrand was rated the world’s second most sustainable company in a global ranking from Corporate Knights, a Canadian media and research group. The ranking considers such issues as energy use, board gender diversity, and comparison of CEO pay with that of the average employee.

Saugestad seems to be everywhere in the sustainability dialogue. He’s constantly participating in conferences and sharing insight. “I sometimes get the question ‘When did you start thinking about getting engaged in sustainable investing?’ I think when I lived in Sandefjord, I worked on a farm, and you learn about long-term sustainability on the ground, and I carried that with me. Also, when I had children and started to think about what will I leave behind,” he says, adding, “That triggered something in me, and when the opportunity was there to expand on sustainable investing, it grew on me.”

Saugestad was born in Aalesund, a city in eastern Norway, but the family soon moved to Sandefjord, a coastal city in southern Norway. After earning a master’s degree from the Norwegian University of Science and Technology, he was a McKinsey Fellow, and then got an MBA at Insead in France. “When I returned from France,” he says, “I was motivated to work in finance. There was this fascination in global markets and the opportunity to understand macroeconomics and what’s going on in the world. I found it very inspiring. So, that’s why I started in investment banking. After brief stints at Nordea Markets, Marsoft Capital, and Handelsbanken Capital Markets, he joined Storebrand as a portfolio manager in 1999. He became CIO in 2006 and CEO in September 2015.

Saugestad and his wife have two children, 20 and 18. Like many Norwegians, he’s a fan of the outdoors, skiing in the mountains in the winter and going to his home by the sea in the summer. Even his leisure time reading often focuses on sustainability. He likes The History of Bees by Maja Lunde. The novel follows three generations of beekeepers from the past, present, and future, and although it’s a work of fiction, Saugestad says “it’s really about what will happen if you lose biodiversity, and this is related to pollution.” In terms of investing, he likes The Money Game by Adam Smith. (Its pseudonymous author was George J.W. Goodman, the first editor of Institutional Investor magazine.) “To the extent that I have an inspiration when it comes to investing, I think that’s the one book I cherish a lot.”

He adds, “Work takes quite a bit of my time, and that’s why I think it’s really important to get the kind of energy that I do from sustainable investing.” While it motivates him, he thinks sustainability has turned out to be an all-around, win-win situation. “My personal commitment to sustainable investing has really been good in terms of returns for our clients, and also in terms of inspiration for our employees. It turns out to be a very good way to position our portfolios.”

Jan Erik Saugestad is a member of II Network. Sign up today to engage with the global community of asset owners and further discuss with him the content of this article.