Building Trust with Authenticity Erika Tikka, the Head of External Fixed Income at Keva is a study in self-exploration, and some geographic exploration as well. A Finnish native, she crossed the pond several times in pursuit of what she saw as an authentic life for herself: She left…

Global Top 50 Women In Investment Management Earlier this year, Cecilia Blomquist, CIO of PP Pension Tjänstepensionsförening (Occupational Pension Association) in Sweden, tells Hightree Advisors' Principal and Senior Advisor Lisa Laird how she pays as much attention to positivity in…, Cecilia Blomquist  CIO PP Pension Tjänstepensionsförening Sweden Cecilia Thomasson Blomquist joined PP Pension as the Chief…, , With special thanks to Lisa Laird Principal and Senior Advisor Hightree Advisors Moderator Lisa Laird joined Hightree Advisors as Principal and Senior Advisor in order to help organizations improve investment…,           To discuss the content of this article, further engage with the author(s), or gain access to like content Join The Conversation Here if you are a member of the group, or Request Membership.

The Patience of Saints? In an exclusive partnership Institutional Investor Allocator Intel has worked with 2 leading academics and one of Europe's most sophisticated asset owner fund selectors to cast light onto the impact of fund holding periods on portfolios. To implement…, Hiring and Firing: Gauging the Level of Tolerance Ramon Tol Senior Fund Manager Equities Blue Sky Group Sunil Wahal…, Key Preliminary Findings In a universe of over 200 unique Institutional Investor responses from North America, Europe, and the rest of the world, 11 different types of institutions which divided into…

Sometimes Kirk Sims feels like he’s swimming against the tide. As a Senior Manager and head of the Emerging Managers program at the $155 billion Teachers Retirement System of Texas (TRS), his job is to find undiscovered investment talent and put money to work with them.

Sims knows the investment world is as fond of the tried and true as any other industry. In technology, it used to be said that nobody ever got fired for buying IBM, and in show business nobody wants to hire you if you don’t already have experience. By the same token, few investors are eager to incur career risk by having an obscure new manager blow up when he or she could hire a manager with 40 years of experience and 50 clients and end up with results pretty much as good as everybody else. 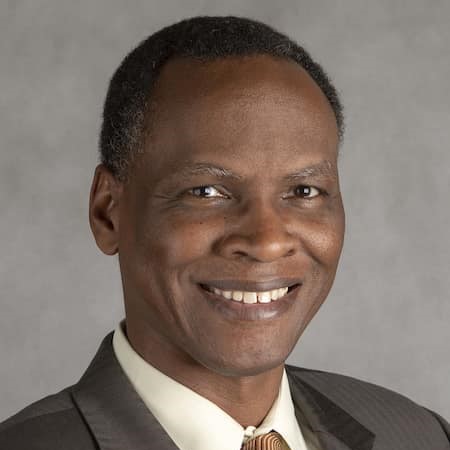 But Sims says there is substantial evidence that emerging managers can, in fact, bring a lot to the party. They often have new ideas, Sims says, adding, “In many cases smaller managers have the ability to be more nimble than larger managers.” They can capitalize on opportunities that are too small or obscure for giant funds to see. They can also advance an institution’s goals regarding diversity and inclusion because many of these emerging manager firms are headed by women or members of minority groups.

While there is substantial evidence that a fair number of emerging managers can do quite well, many struggle to connect with prospective clients. Despite all the beauty parades and statistical analysis, hiring manager is often a who-you-know process. A study by Professors Amit Goyal, Sunil Wahal, and M. Deniz Yavez, published in July, found that the existence of “personal connections” resulted in a 15% to 30% greater likelihood of being hired.

And by definition, emerging managers don’t have those connections. They’re too small and too new to be included in many consultant data bases. In order to tap into this pool of managers, a growing number of institutions have created emerging manager programs, with the TRS program among the most well-established. It dates back 15 years and has committed $5.7 billion to its emerging manager program, with $3.8 billion allocated so far. During 2019, TRS approved commitments of $633 million to 27 managers along with several co-investments. Moreover, the Emerging Manager 3.0 Program at TRS is scheduled to commit another $3 billion over the next few years.

At a TRS board meeting in February Sims reported that for the year ended September 30, 2019, the emerging manager program had beaten its benchmarks for one-, three-, and five-year periods. This prompted Jarvis V. Hollingsworth, chairman of the Texas Teachers board, to say, “It would be great if we could get this kind of performance from our larger managers,”

Sims says choosing emerging managers is a three-fold process: The first concern is investment strategy: The world is not pining for yet another long/short fund; an emerging manager has to offer something special: “I don’t want to say they have to have a new idea. They may have identified a niche, or they may be subject matter experts in a particular area that will enable them to generate excess return,” Sims says.

The second issue, track record, is particularly tricky to evaluate. The people heading up emerging managers typically come out of some other firm. That firm may have a great track record or a unique product; but are the principals of a newly created emerging manager firm responsible for that track record and product design? Or were they really just the people who got coffee for those who achieved the impressive results? “I harp on tracking attribution a lot,” Sims says.

The third issue, Sims says “is the ability to run a business.” Asset management firms may grapple with grand issues of the global economy, but all but the biggest are essentially cottage industries, and their leaders often lack experience in managing a company. In particular, those who come out of a giant firm may have no idea how to meet a payroll, or figure out where to get office supplies, or make sure duties and responsibilities are clearly apportioned among the staff. “That’s why the team is what we spend a lot of time on.” Sims says: “Who have you put together to pursue this particular strategy? Who’s going to be the CEO?”

Overall, TRS has invested with 180 emerging managers, for a total of 303 investments. (The two numbers differ because “You may invest in Fund 1, and they keep doing a good job, and you get into Fund 2,” he explains.) Not everybody makes the cut. “I can’t give you an idea of how many we have not invested in,” Sims says. He points out, “Our job is not only to identify a source of alpha, but also identify a fit for the portfolio. There are tons of strategies that are just not a fit for what we’re building in the portfolio.”

At TRS, the definition of an emerging manager is not hard and fast, but Sims says, “We try to focus on funds that have $1 billion or less under management. Or that are raising Fund 4 or less.” If all goes well, the emerging managers may “graduate” from the program and be promoted to full portfolio manager status. So far seven have done so, and they manage a total of nearly $3 billion for TRS.

While there are thousands of small investment management firms, in order to generate the most appropriate emerging manager candidates for TRS, Sims works with the Rock Creek Group to find firms trading public securities and with Grosvenor Capital for private market managers. Although the pool is always sizable, he says, it is also continually changing. These days, Sims says, “I think you’re seeing a proliferation of private fund launches, so it’s shifting from the traditional public markets to more private strategies or hedge fund strategies.”

The pandemic has slowed the due diligence process. Sims used to be spend a lot of time on the road talking to managers. But while he misses the face-to-face interaction, “We are moving forward with our pipeline. We are continuing due diligence with managers.” Indeed, he says these days he doesn’t worry about “showing up somewhere and hearing ‘the managing director is on the road.’ Everybody can get on Zoom.”

Sims brings his own firsthand experience at several kinds of firms to his due diligence. Sims, who was born in Chicago and raised in Georgia, graduated from Howard University and then got an MBA at Columbia University. From there he went to Brinson Partners, where he rotated through several areas including emerging markets and portfolio administration for international strategies. From there he says, “Thomas White approached me about running their operations.” It was a boutique firm with around 16 employees. Sims says, “It was a great education for me. You’re doing what three or four other people should be doing. It helps me tremendously when I talk to a lot of firms because I’ve been on both sides.”

After a while at Thomas White, Sims decided, “Operations is not where I need to be.” He went on to be an analyst at First Trust Partners, and then moved to Prudential Retirement, the former Cigna retirement business, located in Connecticut. “But my wife made it clear she wasn’t an East Coast girl,” he says, so the family moved back to Chicago in 2013 where he became an analyst for the Emerging Manager program at the Illinois Retirement System. “Once I dug into it, I thought, ‘This is great.’” When his boss moved elsewhere in the organization, in late 2016, Sims took over the emerging managers program.

In March 2019, he came to the emerging managers program at TRS. He and his wife of 28 years and their ten year old son have taken to the Austin lifestyle. After years in Chicago, he says, “I had the best winter I’ve had in 20 years. I swear it was remarkable to me to walk out in January and it’s 72 degrees.” On the other hand, in summer, he adds, “Honestly, we had never been in 100-plus degrees, and our first summer here, my wife was like ‘What in the world is going on?’ But it’s been great.”

One of the appeals of Texas is that Sims loves fishing: “If I could do it every day, I would. And the beauty of coming here is the fishing season is all year.” He stays mostly inland however: “I have the equipment for salt water fishing, but I don’t do a lot of deep sea fishing. I don’t want to catch a fish bigger than me.”

Sims's other main diversion is movies and music at home. The genre isn’t the crucial thing for Sims: “I’m kind of geeky, so I have a gotten a lot of equipment to have the best sound.”

Sims is steeped in the investment management industry’s constantly changing lineup of firms. As he assesses startups and watches them grow, is he ever tempted to go that route himself? No way, he says: “I am impressed by people who take that risk. I admire anybody who can do that. But I am not a business owner; I’m not open to that kind of risk.”

Kirk Sims is a member of II Network. Sign up today to engage with the global community of asset owners and further discuss with him the content of this article.