Scott Pittman, a certified EMT who used to spend weekends riding shotgun in ambulances while in college, became the first CIO at Mount Sinai Health System in New York at the start of 2009. And since then, he has injected the 170-year-old institution’s endowment with a big dose of adrenaline. Pittman has built on the David Swenson approach and created what some call a Yale model on steroids: Over 60% of Mount Sinai’s core portfolio is invested in alternatives, and the portfolio is decidedly concentrated in a limited number of partnerships with many targeting specific strategies, sectors, and countries.

Pittman manages $2 billion or so in the Mount Sinai long term Investment Pool, plus another $500 million in liquid assets, while he and his staff of four also help advise on another $11 billion related to benefits and insurance assets. Pittman explains, “The Investment Pool has endowed accounts and operates like an endowment or foundation.” They have a spending rate of 4.5% and an assumption of 2.0% inflation, giving them a target return of 6.5%, Pittman says. 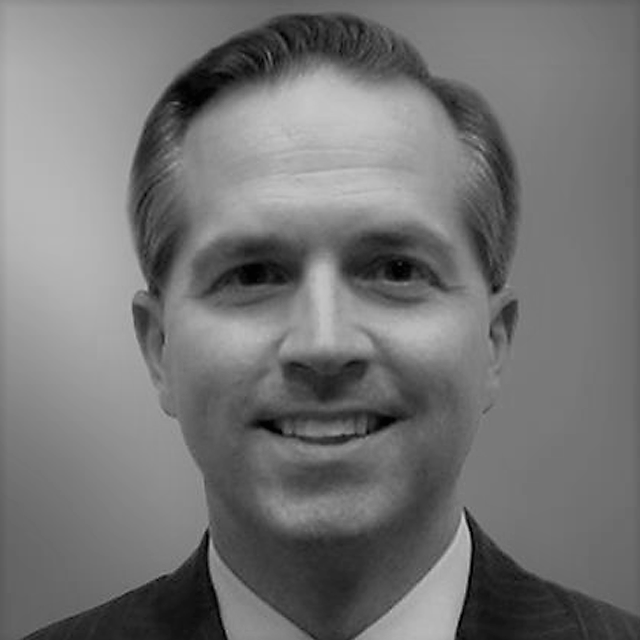 When Pittman arrived at Mount Sinai in 2009, he was part of the nation’s first generation of “health system” CIOs hired to oversee the consolidation of small disparate pools of capital that were originally held by individual hospitals but were rapidly being joined together amid a wave of hospital M&A. Mount Sinai was founded in 1852 as Jews Hospital to accommodate Jewish doctors who often faced discrimination at other hospitals and to enable hospitalized observant Jews to get kosher food. (It became non-sectarian in 1864.) Like other hospitals around the country, Mount Sinai began expanding in recent years, and it grew substantially after a 2013 merger with another local hospital group. It’s now a “health system” with eight hospitals, the (Carl) Icahn School of Medicine, an array of ambulatory care centers, and 7,200 staff physicians. With a total of over 42,000 employees, it’s the largest health care system – and one of the largest employers – in New York City.

While investors may think in terms of an allocation process built around standard asset classes, Pittman sees things differently. His portfolio is built around “asset exposures that exhibit like characteristics,” he says. For example, public equity, hedged equity, private equity and venture capital all compete for the same risk allocation against each other. Some hedge funds may serve as a portfolio diversifier while others serve as a stable asset. While he’s invested in a number of hedge funds, private equity and credit markets, the portfolio also holds other assets, including a pool of music royalties.

He admits his approach may not be viewed as typical by everyone. “The Mount Sinai portfolio does have a high level of active risk, like some other endowments and foundations,” he says, “but in such metrics as equity beta, volatility, and expected maximum drawdown, it’s considerably lower than the average institution.” While certain measures of risk are lower, his focus is on areas he believes “provide better value add as well as capturing illiquidity premia,” and then he gives them a booster shot by concentrating them. “Thankfully, concentrating in our best ideas has worked so far and returns have exceeded expectations and preserved capital in periods of stress. As markets present tougher challenges, it becomes more difficult for everyone,” he says.

Concentration is a key element. Although almost all of Mount Sinai’s $2 billion is managed externally, it has partnerships with only 40 managers – and the top 25 managers oversee about 75% of the portfolio. In comparison, industry data shows large institutional investors have about 100 manager relationships on average. For Sinai, these larger – and closer – relationships support the plan structure and risk taking approach. Fewer managers doesn’t mean that he doesn’t believe in diversification; just the opposite, he says: “It means we really pay attention to diversification and how our investments complement each other.”

Pittman explains, “Prior to Sinai, I was at Baylor (University) where I taught investments in the Hankamer School of Business. Research shows that it doesn’t take a lot to create diversification. With 20 stocks, you can diversify a portfolio, although the right positions are needed. As an investor, it can be easy to find something new and exciting and yet hard to take something away. You can end up investing in so many positions that you’re really creating unintended betas at the portfolio level while paying active fees. The intent of diversification can end up leading to a cluttered portfolio where alpha gets lost.” While concentrating the portfolio to a relatively smaller number of managers in targeted opportunities, he adds, “We have managers that they themselves are concentrated. One of our managers has about 10 stocks.”

There’s another reason he doesn’t focus on asset allocation in a traditional manner, Pittman says: “If we have a set 15% or 20% allocation to private equity, then we’d have to fill that bucket regardless.” Instead, his portfolio structure is focused on “guideposts that support a framework as to how we’re taking and deploying risk. We want to maintain an opportunity cost mindset across the portfolio.”

Despite the involvement in many private market opportunities, he’s not anti-public markets. In fact, Pittman says in recent months they have “seen opportunities in U.S. equities, and changes made in the first and second quarter of 2020 have added to U.S exposure relative to international, especially given the Fed’s support. Outside the U.S. he says, “We still like Asia, both developing and developed like Japan. We’ve maintained our conviction in those markets. But we have also become more country- and region-specific outside the U.S.”

Meanwhile, he says, “Credit is an example where we believe the opportunity is still interesting over time. While the Fed’s actions have changed the opportunity set, he believes there will be increasing opportunities “for rescue financing,” and “for reworking balance sheets,” and “the CLO market and other securitized structures will provide opportunities.”

As he looks ahead, Pittman adds, “We still maintain certain areas of conviction that we had before COVID, such as life sciences and biotech.

Pittman grew up in Dallas, and went off to Baylor University in Waco, Texas, with an interest in both science and business. The business part “goes back to mowing lawns in my neighborhood when I was 12 years old. When I could finally get my driver’s license at 15, I started a lawn mowing business and used the money to start buying stocks at 16. I really tried to educate myself, and I had both success and mistakes to learn from.” It was at Baylor that he got his EMT certification and put in shifts in ambulances on weekends while studying economics.

After graduating from Baylor, he worked for several years in healthcare finance, but returned to Baylor for an MBA, graduating in 2002. At that point, “I was thinking about going on to pursue a Ph.D. when the chairs of the Economics and Finance Departments asked me to stay and teach.” As he began teaching Corporate Finance and Economics in the business school, Baylor brought their endowment in-house and Pittman ultimately decided to join Baylor’s newly hired CIO, Jonathan Hook, to “help build the office out,” he says. While at the endowment, he managed to still teach Baylor’s Portfolio Practicum course on Monday nights to a select group of graduate students who actively managed a $7 million portfolio of US equities. However, in 2008 “Sinai called with an opportunity that was really compelling,” he explains: “I always had this real passion and curiosity for science and healthcare, but I also loved financial markets. One of the reasons Sinai was so compelling is it brought together these roles with a premier institution and Investment Committee.”

These days, he lives in a New York suburb with his wife and teenage daughter and son. His avocations are skiing, hiking and climbing, big time climbing: “I’ve done some climbing in Colorado,” he says modestly: “The last one I did was Longs Peak.” That’s a trail that climbs nearly 5,000 feet and leads to the top of a 14,259-foot mountain. He and his daughter also climbed the Presidential Traverse in New Hampshire’s White Mountains, which, he notes “is 22 miles across eight different peaks, and we did that over a two-day period.” That “was interesting,” he says dryly, “especially when a storm with 65 mph winds and no visibility settled into the range.” He’s got his eye on climbing Mount Rainier and is planning to climb the Knife Edge of Mount Katahdin with his daughter.

And when he’s not on the slopes? “My wife would say I don’t read because everything I read is business or finance related. I do read!  I’ve tried to broaden it out some. I do like historical fiction. He adds, wistfully, “I used to watch sports,” but because of the pandemic “that’s kind of been taken away from me.” Well, if he’s looking for more action, he could always go back to being an EMT.

Scott Pittman is a member of II Network. To discuss the content of this article and further engage with him, comment below or Sign up today.