“We are in a safer situation; that’s for sure.”

Grégoire Haenni, the CIO of CPEG (Caisse de Prévoyance de l’Etat de Genève), the $20 billion public sector pension fund for the Swiss canton of Geneva, is finally getting some breathing room. Since he joined CPEG in 2014, shortly after it was created by merging the canton’s public employees’, teachers’, and hospital workers’ pension funds, it’s been woefully underfunded – so much so that it was called “the worst funded of all Swiss public pension plans” and “the most vulnerable pension fund” in Switzerland. In 2016, Standard & Poor’s moved its assessment of Geneva from stable to negative because of the canton’s high unfunded pension liabilities. But now that the cantonal government has agreed to inject some $5 billion into the fund, Haenni says: “We are in a safer situation; that’s for sure.” 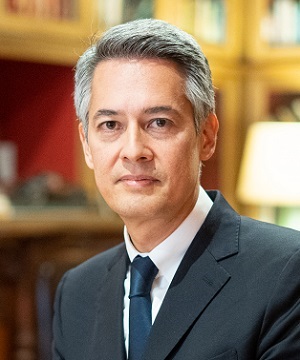 After CEPG started life with a funding ratio of 57.3%, the cantonal government originally poured CHF800 million into it, and the investment team got the ratio hovering around 60% by dint of some good investment returns. In 2016, for example, CPEG’s investments gained 5.7%, outperforming the Credit Suisse pension fund index by 1.8 percentage points. But at the end of 2016, the CPEG board lowered the discount rate from 3% to 2.5%, which meant its funding deficit shot up and its funding ratio fell back to 57.4%, almost to where it started. The discount rate stands at 1.75%. So, the cantonal parliament was forced to devise a rescue, and in typical Swiss fashion, it was put to the voters in a May 2019 referendum. They endorsed a proposal which would recapitalize CEPG to the tune of 4-5 billion Swiss francs while maintaining its defined benefit structure. (An alternative proposal was to make it a DC plan).

CPEG, which is now considered 75% funded (about average for Swiss public sector funds), has an asset allocation based on “four more or less equal pillars,” Haenni says: equity, bonds, real estate, and CPEG’s recapitalization in the form of a simultaneous loan to the canton of Geneva. Within those pillars, Haenni has become particularly interested in private equity, emerging market stocks, and insurance-linked securities. About a third of the money is managed internally – mainly domestic bonds and direct investments in real estate (CPEG is the largest owner of Genevois residential real estate). Meanwhile, Haenni deals with some three dozen external managers. About 70% of the assets are actively managed, while 30% is passive.

Haenni’s portfolio reflects the interplay of theory and practice. While earning a Ph.D. in econometrics at the University of Geneva, he says, “I did a lot of modeling, and this taught me rigor and discipline.” He also focused on “multidimensional” statistical analyses. These came into play as Haenni worked as an investment manager for several firms, including Pictet & Cie. When he became the CIO of the pension fund of CERN, the European Organization for Nuclear Research, based in Geneva in 2010, he devised a rigorous risk management framework, which is now recognized as “the CERN Investment Model.” CERN had lost almost 20% of its assets in the global financial crisis, he says, “and they asked me to create a more robust capital preservation approach” starting with “a major constraint – no tolerance for losses,” he says, and “what we did was focus not on how much bonds or equity to hold, but on risk allocation.”

Haenni says, “CPEG takes a different investment approach. My role is to optimize the expected return of the overall portfolio by capturing premiums from asset classes.” But as in CERN days, he continues to keep the focus on risk management. “Basically, we do macroeconomic analysis to identify risk and investment opportunities. I usually base my research on proprietary macroeconomic analysis,” he says, and it then runs through his multidimensional model that assesses risks, while also exploring correlations between an array of factors in order to optimize diversification. “We are not trading oriented or short term oriented,” he adds.

Haenni, who is known for the complexity of his mathematical models, says, “I always had a passion for math, but the applications were too abstract. That’s how I ended up in finance.” He believes, “The market cycle in which you start your first job determines your investment style.” When he started managing investments in private banking in 1997, the equity market was slumping “in the aftermath of the crisis, and I became a risk-averse investor who learned the importance of macro analysis,” he says.

These days, he’s particularly focused on fixed income. Despite low interest rates, Haenni thinks government bonds are a necessity not only to provide liquidity, but also to protect against deflation (COVID will have a deflationary impact, he argues). He remembers that bonds shielded CPEG from the slump in equity markets in 2018: The CPEG portfolio fell 2.6% compared to a negative 3.2% for the Credit Suisse Pension Fund index. Bonds also helped sustain the portfolio during the 2020 market drawdown. While European bond yields are in the basement, he sees opportunities in other bond markets, notably in Asia.

Haenni is also busily refreshing CPEG’s ESG policies, he says, adding, “ESG is central to our investment strategy and we want to be a pioneer in Switzerland.” Among other measures, CPEG is exploring how to align investments to the Paris Agreement. It has also integrated ESG in its real estate portfolio, by improving energy efficiency and educating tenants on eco-gestures. He is also the Vice-President of the Institutional Investors Group on Climate Change (IIGCC), the official European voice on climate change. He lives in Geneva with his wife and two children. An avid tennis player and movie fan, he recently completed his duties in the Army Reserve, retiring as a major. Swiss males must serve until age 40 but the Swiss confederation can keep its volunteer senior officers in service longer.

Grégoire Haenni is a member of II Network. To discuss the content of this article and further engage with him, comment below or Sign up today.