Ultimately, both of Rotner’s sons would be treated at Boston Children’s Hospital. (Not to worry, both turned out just fine.) And years later, in 2010, Rotner would become the first CIO of the hospital, which is located next door to the Harvard Medical School in Boston’s Longwood Medical District. When he talks about his job, his experiences with his sons often come to mind, and he says, “It’s just wonderful for me to be able to support this place in what they do.” 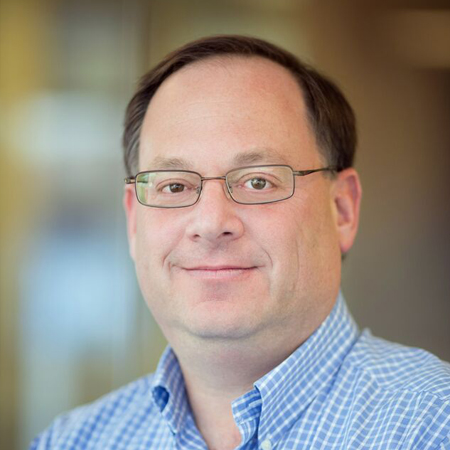 Boston Children’s, which has a history dating back to 1869, is regularly voted best in the nation for pediatric care and research. Over the years, it has amassed an endowment of over $3.5 billion, and it has another $1.5 billion in a short-term pool used for capital projects, like the new building that has been going up on Longwood Avenue. There’s also a pension plan for employees and some physician foundation assets that align with the P pension plan. These assorted pools which add up to over $6 billion, are all managed by Rotner and his 10 person team.

Rotner arrived at the hospital about the same time as a half dozen other CIOs were taking over newly created finance offices at major medical centers around the country. Many of them found caretaker committees loosely overseeing what had become major pools of medical center capital. But Rotner says Boston Children’s money was managed “by a sophisticated investment committee” and “a sophisticated advisor,” as well – Cambridge Associates.

Rotner has constructed a portfolio in which “Public Equity is in the mid-20s (percent) in the long-term portfolio; Diversified Strategies are 35% of the portfolio, and our Income Strategy is in the 10% to 15% range, while our Enhanced Strategy (think “riskier” assets such as private partnerships and emerging markets) is close to 30% of the portfolio. Under Rotner’s watch, Boston Children’s has ramped up its private equity portfolio. “It’s grown to close to the low 20’s in the long-term portfolio, and it’s something we’ve been building over time,” he says. That may reflect his background: From 1992 to 2010, he oversaw private equity at the MIT endowment.

The portfolio he has developed “has exposure across the investment spectrum from value to growth. At the end of the day, we really think about fundamental long term investing,” Rotner says. He knows all the equations, but he thinks the main ingredient to successful investing is working with the best people. “They will challenge you to help make the best investment decisions,” he says, adding that he “is proud of the strong, well respected, collaborative team” that he has attracted to Boston Children’s Hospital. The right people also means working with well-regarded investment managers. That’s a two-way street, he adds: He gets to know his managers, and “They get to get to know a smart, proprietary team that understands their business.”

In gaining access to managers and motivating them, Rotner has a secret weapon: There are often capacity issues at leading managers, but he says, “We can really leverage the best managers because the hospital’s mission is taking care of sick children and doing research that will enable them to get better.” And he says, “I think we become an interesting candidate for many different firms because we have a very credible mission. Who doesn’t want to help sick kids? Most of us have kids. So, we all want to help take care of sick children.”

Rotner interacts with lots of people in the asset manager community through the Boston Investment Conference, which the hospital hosts each year as a fund-raising event. It’s sponsored by major asset managers and features talks by leading investment figures, like Boston hedge fund luminary Seth Klarman of the Baupost Group. The sponsorship fees and ticket sales go to support specific research projects at the hospital.

Among the factors shaping his portfolio, Rotner says, “We are a hospital so we have certain ESG-related priorities. We’ve had a long-standing policy of not investing in tobacco. It doesn’t make sense to promote tobacco when you’re a hospital.” In addition, he says, “We find if somebody is investing in areas that are not in alignment with the hospital, such as trading in liability malpractice claims, that’s not a place we want to play: It doesn’t feel right to us. It may be fine for other people, but it’s not for us.”

When the COVID-19 pandemic descended on Boston Children’s portfolio, he says, his team “was able to ensure we had enough capital to continue our capital projects and to make sure that we had the liquidity necessary to continue our mission, especially during a time when liquidity was incredibly stressed.” In his view, “Nobody’s immune to the tide rising or going out, and certainly in March, the tide went out. With our proprietary risk approach, we didn’t fall as much as some others or as much as the market. Fortunately, we had decided to take some risk off prior to this crisis, and we had liquidity to fund operations at the hospital.” In fact, he says, “That liquidity enabled us to not only meet our obligations, but to lean into our existing managers with more capital to take advantage of the markets.”

Going forward, he says, “One area that’s likely to become more attractive is the healthcare environment. We did an internal analysis a couple years ago that indicated a convergence of IT and healthcare could create opportunities, so we started building exposure in the healthcare sector well before this pandemic environment.” If anything, the pandemic and the lockdown are accelerating the role of technology in medicine. But Rotner insists that’s not a sure thing and not all investments work out as well as hoped. After all, he says, “We made an energy bet five or six years ago that initially looked brilliant and really turned into a huge disappointment.”

Rotner grew up in the Boston area and says, “I always had an interest in investing. I don’t know if it was middle school or high school when I started taking money from summer jobs and investing in individual stocks and learning a little bit about the market.” After pursuing a double major in economics and Asian studies at Amherst College, he went to work at Bank of Tokyo. There he began developing “a sense of which company is going to be doing well and which isn’t.” But when he went on to the University of Chicago for an MBA, “I got a much more detailed education in options and derivatives and financial markets, et cetera. After graduate school, he joined Bank of Boston, and three years later, went to MIT and spent 17-plus years there as a managing director, mainly building the endowment and pension’s private equity and Asian investment portfolios.

These days, Rotner and his wife live on the North Shore of Boston. Their two sons, grown and healthy, are starting their careers. “Family’s really important to me, both immediate and extended,” he says. He also adds, “I love to ski, sail, and bike.” And beyond that? “I enjoy a good book: Oftentimes, it’s on a plane. It’s usually a good investment-related book, but sometimes it’s great to break away and read a mystery novel or a Robert Ludlum and Tom Clancy-type book. A couple of roommates from college, and I are developing a Zoom book club – that’s a sign of the times – a virtual book club. We will move around: We’ll read some David Foster Wallace (a classmate at Amherst), or a biography of Frederick Douglass, or a current book such as Rage.”

He follows an array of financial commentators, but when he’s looking for guidance, he says, “The one person who stands out is Allan Bufferd, who was my boss at MIT.” Bufferd, who retired in 2006, spent 34 years at MIT, including 19 as CIO. “Allan was clearly somebody who thought long and hard about how to invest – and how to find the right people; this is a people business.” Rotner adds, “His interest in private equity inspired and enabled me to build out the MIT venture capital program, and understand the process of venture investing at a time when it wasn’t a large space. I had the advantage of learning from him and having him guide me. The way I grew up in venture influenced the way I think about risks. I have been fortunate to learn from many smart investors, but if there’s anyone who’s mentored me, I would say it is Allan.”

The reverential tone reserved for Bufferd is matched only by Rotner’s reverence for Boston Children’s Hospital: “Both of my boys were treated there – fortunately it is our local children’s hospital. The boys played sports growing up, and we got to know the sports medicine team pretty well. We’ve used the hospital resources, and it’s a special place. There’s no other place like it. It’s just wonderful to support them with what we do – I’ve seen the payoffs.”

Phil Rotner is a member of II Network. To discuss the content of this article and further engage with him, comment below or Sign up today.