How will Standardization be Achieved? In ESG, achieving a type of standardization in reporting should not be a top-down-only approach where a regulatory entity dictates all the rules and protocols with strict specificity, without any input from the investment community. As an…

Shifts & Updates to the Flight Plan

If you want to know what big ideas have been percolating at the Blue Sky Group, it helps to look at some academic journals. At several critical junctures at Blue Sky, Ramon Tol, a Senior Equity Fund Manager, has published thoughtful research pieces on important investment issues facing the Group, which manages the pension assets of KLM Royal Dutch Airlines and other organizations.

Tol’s writings on complex topics like transition management, managed volatility portfolios, and 130-30 strategies explore the nuances of portfolio management facing an organization that has been rapidly evolving. Tol was very much at the forefront in developing and refining Blue Sky’s manager selection and monitoring framework and bringing more structure and discipline to this process has paid off, Tol says. Since 2010, the equity manager program generated a net information ratio of 0.4. The program has delivered underperformance in only three years since then,” he says, adding, “2018 was disappointing, but we made up most of the underperformance in 2019 and 2020 YTD shows an outperformance as well. 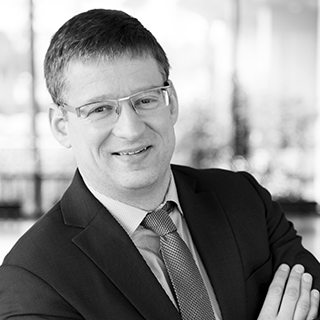 Blue Sky, which was spun off from KLM in 1999 and set up as an independent fiduciary manager, now oversees about $24 billion, making it one of the Netherland’s 10 largest pension managers. Its main clients are the three KLM pension plans – those serving the pilots, cabin crews, and ground staff. But it has added a half dozen additional clients. For example, Loodsen, an occupational pension fund for marine pilots, which has assets of a billion Euros, came onboard as a pension administration client. And Philips, the giant Dutch electronics company, has agreed to bring its Dutch pension fund, which covers 98,000 people and has assets of 20 billion, to Blue Sky at the beginning of 2021. Tol says Blue Sky “remains open to other institutional clients,” and meanwhile, the group has also talked about launching defined contribution pension products.

Based in Amstelveen, a suburb of Amsterdam, the Blue Sky group has an average allocation of 42% in equities, 52% in bonds, and 6% in real estate. Tol joined Blue Sky Group in February 2000 as a quantitative analyst, focused on equities. He brought a decidedly quantitative and cerebral quality to Blue Sky. Tol is a quant guy. He says he felt more comfortable analyzing the numbers supplied by quants rather than assessing the stories offered up by fundamental managers. Reflecting Tol’s analyses, Blue Sky has often gravitated toward quantitative equity strategies, but he says, “You cannot do without fundamental managers – as the quant crisis of 2007 showed us.” He believes the two approaches are converging: quant managers exploiting fundamental signals more and more and doing the work of fundamental analysts via big data and AI; meanwhile, fundamental managers increasingly rely on quant screening tools.

Despite strong views on many investment issues, Tol remains pragmatic regarding equity strategies. “We try to keep our active portfolio as balanced as possible, both in terms of styles (for instance value versus growth), but also in types of managers (fundamental versus quant). As for factor investing, he says, “it has come under pressure recently. Performance has been disappointing over the last couple of years in particular because both value and size (small caps) have been out of favor for the last few years, which has resulted in a significant hit for factor investing.”

He adds that the performance of the equity market is driven by a few names (mainly the FAANG stocks), “so without having a significant position in these stocks, it was difficult to outperform the market, even for fundamental managers.” But he adds, “From a mean reversion standpoint, we might be at a turning point for active management.” The same goes for small caps and value, though he admits that as a result of COVID-19, investors might stick to large cap growth stocks for the time being because they will tend to profit most from the pandemic. Long-term, Tol still believes in the merits of factor investing.

One of the factors Blue Sky Group invests in is low volatility. Tol says, “We’ve always had a chunk of our equity sleeve – 12.5% nowadays – in low vol equities, and that has worked out well for us so far.” Performance was disappointing in the first two quarters of 2020, he says, because low vol stocks “got hit relatively hard as these stocks turned out to be most negatively exposed to the economic consequences of COVID. It turned out that all of a sudden these stocks became high vol stocks and even worse, they did not participate in the recovery in Q2 either.” However, the strategic low vol exposure at Blue Sky Group remains in place. The paper he and his colleagues wrote on low vol strategies provided the basis for implementing this idea in the Blue Sky portfolios.

Meanwhile, he adds, “I’m still a fan of 130/30 strategies.” He published two articles on the subject in the Journal of Portfolio Management, but, he says, “The truth is our clients are not doing this anymore, because it does come with more tracking error and at that time there was (and to some extent still is) a negative connotation to shorting.”

As Blue Sky has grown, Tol says, “There were some significant changes in the equity portfolio recently; the whole make-up of the equity portfolio has shifted from regional to global and from active to a significant higher passive allocation.” Much of this shift took place in 2019 as part of a broader effort to decrease the number of investment funds and external managers in order to cut costs and complexity. In equities, he notes, “We used to have 29 mandates, but only 9 remain.” We have reduced the number of equity investment funds (pools) from 13 to 4. Only two are actively managed: global emerging markets and global small caps.

In the tightly regulated Dutch pension world, “The regulators wanted the clients to formalize their investment beliefs, and one of the things that came out the client discussions, is a higher passive allocation.”

While an increasing proportion of the public equity exposure is now passively managed, meanwhile Blue Sky has been ratcheting up its private equity exposure to 10% of equities. Blue Sky Group started investing in private equity in 2011 and has since built a globally diversified portfolio of primary fund investments. At the end of 2018, Blue Sky established a joint platform for co-investment in private equity with SPF Beheer, the railway and public transportation pension fund, and Achmea IM, a Dutch insurance group and fiduciary adviser to a number of Dutch pension funds.

This collaboration was foreshadowed in real estate. More than a dozen years ago, Blue Sky Group organized a merger of the KLM portfolio of properties with those of the Hoogovens pension fund and set up Altera Vastgoed to manage them. In both cases, the goal was to achieve the scale needed to get into the best managers at the best fees. The Nederlandsche Bank, which tightly regulates Dutch pension funds, has been supportive of a consolidation process that has resulted in fewer but larger and stronger pension funds.

Tol has been thinking about writing an academic study on the patience institutional investors have with underperforming managers, and he’s been looking for someone from academia to collaborate with him. As for the personal bibliography he has built, Tol says, “I’ve always had an interest in publishing and doing academic research since I left the university.” It all started with the fact that a shorter version of my thesis on sovereign yield spreads versus country risk got published in the Journal of Fixed Income. Since then my interest in publishing has never gone away.” Furthermore, he notes that institutional investors “are sitting on a pile of very interesting data without doing anything with it. He adds, “There aren’t many institutional investors actually writing papers on the research and studies they do, so I felt I needed to step in and fill up the gap.”

His writings are not just idle musing on abstract theories. As Blue Sky rejiggered its roster of managers, “we had a lot of transitions over the last couple of years. So, I decided to share my experiences and wrote about transition management.” Tol published two papers on this topic in the Journal of Trading. He is planning another one with his colleagues and a consultant, but this depends on the extent to which transition managers want to share their data.

Tol was born and raised in Volendam, a picturesque village about 15 miles from Amsterdam. He earned a master’s degree in economics from the University of Amsterdam where he specialized in international finance and investment theory. He says finance may have been in his blood “because my father used to be a foreign exchange trader at BBVA,” and during school holidays Tol used to work in the bank’s back office in Amsterdam.

Before joining Blue Sky, he started his career in wealth management, working for Bank Artesia (a now defunct successor to the former Banque Paribas Nederland).

Tol still lives in Volendam, a village known for its musical talent, though Tol believes his talents lie elsewhere. In his free time, he says, “I do a lot of sport.” He is a tennis player, swims once or twice a week and also likes to work out in the gym several times a week. His other main focus is reading and watching Netflix series.

When asked to explain factor premiums, Tol places himself in the “behavioral camp.” On the basis of “all the papers I’ve read and from attending conferences,” he says, “I came to the belief that many of these factors are probably better explained by behavioral finance, so I have a great interest in behavioral finance.” He’s a fan of two of the leading behavioral economists Richard Thaler and Daniel Kahneman.

But Tol does not only read academic studies. He’s also a fan of the books written by Michael Lewis. The Big Short? “I’ve read it two or three times,” Tol says. Why? “Because it remains fascinating and puzzling to me how so many things could go wrong at the same time and that most of us did not see this one coming.” He also likes Liar’s Poker “because it reminds me of the time back in the old days. We used to play the game described in the book with dice with friends in a local bar.” He adds, “We played for drinks, not for the huge amounts mentioned in the book.”

Ramon Tol is a member of II Network. To discuss the content of this article and further engage with him, comment below or Sign up today.